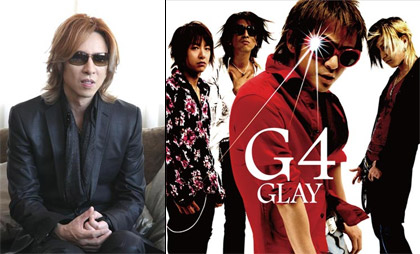 X Japan leader Yoshiki (photo left) has spoken publicly for the first time about his ongoing lawsuit against Nexstar Corporation. On March 10, he sued the Tokyo music production company through the Tokyo District Court seeking ¥375 million (about $4 million) in damages. Over the three-year period since X Japan made their comeback, the company is believed to owe at least ¥600 million ($6.7 million) in unpaid contractual fees and royalties, as well as ¥300 million ($3.3 million) for tickets and merchandise from 10 concerts. Speaking from his base in Los Angeles, where he is currently recording, Yoshiki said, “Our relationship of trust has been completely trodden on.”

Nexstar already have a similar unresolved case with Glay, another rock band with a history of legal problems. That lawsuit was filed in 2005 and the failure to resolve it was also behind Yoshiki’s decision to go after the company in court. The case is just the latest legal and financial problem to hit the band. Vocalist Toshi recently divorced, after almost a decade of seeing his money siphoned off by his wife and the scam artist she was living with.