Games are a serious business. A huge multi-billion dollar business that is still growing strongly. The big Japanese game makers like Nintendo and Sony have shifted their focus from home consoles to handheld devices, like the Nintendo 3DS, and in recent years mobile gaming platforms like CyberAgent and DeNA's Mobage have arrived on the scene. In 2014, the country's game market made a record $9.6 billion, of which handheld gaming continued its strong growth and contributed $5.8 billion.

Gambling aside, Japan is the world's second biggest market for games (following the US) and Japanese developers have always been at the forefront of the industry, with seminal names like Pacman, Super Mario and Final Fantasy being just the tip of the iceberg. And the Japanese love of gadgets has meant a steady turnover in the hardware that is used to play the staggering array of games available. Microsoft may dominate the computer world globally, but its Xbox is still small fry in the Japanese market compared to the consoles from Nintendo and Sony.

In the last decade, the development of the Internet and the spread of broadband connections have both been spurred by and breathed new life into the game industry. The Internet has allowed virtual communities to grow around popular games, gives amateur developers a way to distribute their games, and increasingly games are actually taking place online. Players compete or cooperate in virtual worlds though physically they may be half a world apart. South Korea in particular has seen an explosion in MMORPGs (massive multi-player online role-playing game), with the most popular having millions of players. As one pundit puts it, what rock and roll was to the kids of the sixties, games are to the youth of today.

There is of course plenty of betting going on, from horse, boat and cycle racing to the ubiquitous pachinko and mahjong parlors. And there are plenty of popular national and local lotteries, known as takarakuji. But while controversial political figures like Hashimoto Toru have tried and failed to legalize casinos in Japan, if you want an online casino you still need to go to companies in the UK and elsewhere.

A Japanese person looking to place a bet on a sporting event has some domestic options, such as the aforementioned horse or boat racing, but no bookmakers as they exist in western countries. The advent of the Internet of course brought with it online options like BetinJapan.com.

The industry has its origins in game arcades and they first had to compete with pool tables, penny drops, slot machines and the like. The first coin-operated computerized arcade games appeared in the mid-1970s, with Pong in 1971 being considered the earliest pioneer. By the 80s, games were a huge craze and most people honed their skills on arcade classics like Space Invaders (1978), Pac-man (1980) and Donkey Kong (1981). Arcades started to develop a somewhat seedy image in the US and Europe in the mid-80s - there was even what was called a "video game crash" in 1983 - and were only saved by the popularity of two-player fighting games like Street Fighter in the early 90s. But they were attacked again for the alleged influence of game violence. This period saw the arrival of several titles from Square and Enix (who merged as Square Enix in 2003) that spawned huge franchises - Final Fantasy, Dragon Quest, and Tomb Raider.

In Japan arcades are known as "game centers" and have enjoyed continual popularity. They are often the testing grounds for all sorts of new and innovative ideas, such as dancing and drumming games, train simulators and other ideas before new peripheral devices made them available for home users. 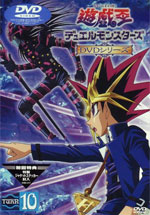 Much of the early game development happened in Japan - Pong was developed by Atari, a US company, but the other early titles mentioned above were created by Japanese game designers. And as home consoles closed the gap between home use and coin-operated games in the mid-90s, Japanese creators and publishers again led the way. Nintendo, Sega and Sony dominated the console market, though Sega was forced out due to the fierce competition of the 90s, and the only real rival to have arrived since is Microsoft. Sony's PSP and Nintendo's DS brought portable models to a whole new level. Japan also introduced the world to Pokemon and Yu-Gi-Oh (pic) and showed how a TV series, trading cards and a game can be combined to create a worldwide mega-hit.

As of 2015, the home market is dominated by Nintendo, who made 7 of the 10 best-selling consoles to date. The Nintendo DS is the global champ, with more than 30 million sold in Japan alone and over 150 million worldwide. A few years ago the battle between 7th generation consoles was between the three main makers: Sony's PlayStation 3, Nintendo's Wii and Microsoft's XBox 360. The Wii was the undisputed winner, taking the industry by storm in its first year and it greatly outsold its two rivals, while the XBox 360 has continuously struggled to achieve serious sales in Japan. These consoles have seen increasing competition from new rivals on the scene like cloud gaming and digital TVs. But the launch and success of Nintendo's 8th generation console, the Wii U, proves that the battle is far from over. And in the increasingly important arena of mobile gaming, again Nintendo is the boss, with variations of its 3DS handheld device completely dominating the market.