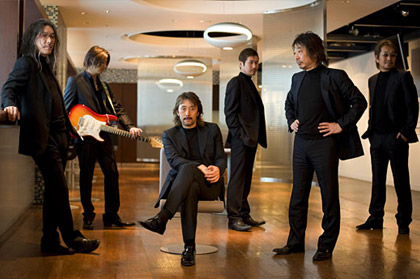 Rock vocalist Nakamura Kouichi (59, photo center) is the latest celebrity to be arrested for drug possession. According to the Azabu branch of the Tokyo Metropolitan police, Nakamura was found in possession of a very small amount of “kakuseizai” or stimulant drugs in a parked car in Nishi Azabu in the early hours of Tuesday morning. It’s not the first time for the Jaywalk frontman, who has admitted to the charges, to get into trouble with the police. In 2007 he had a case sent to the public prosecutor’s office for having an army knife in his car, in violation of the Firearm Control Law.

One of Japan’s premier rock bands, Jaywalk debuted in 1981 and had their first major hit with “Nanimo Ienai – Natsu” in 1991. That single sold 1.8 million copies, earning the band an appearance on NHK’s annual “Kohaku Uta Gassen” New Year’s Eve concert. They have remained active over the last two decades and released their latest single, “Sora to Kumo noyouni,” in February.

Update: It was revealed today that police found quantities of marijuana and cocaine and drug paraphernalia when they searched Nakamura’s home. They sent the case to the public prosecutor’s office today.