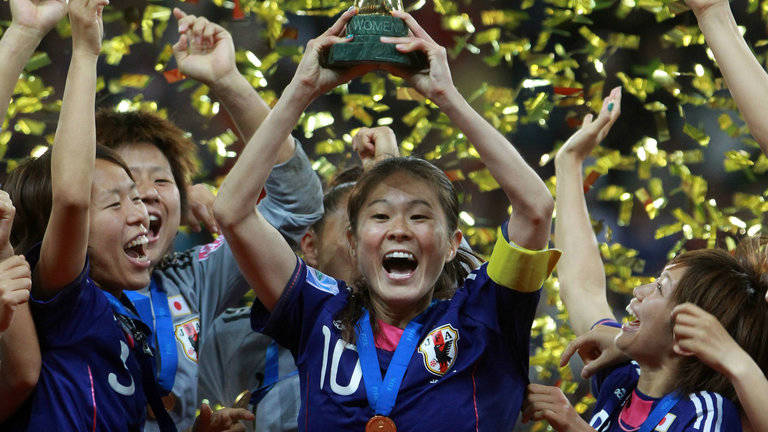 It’s very difficult to imagine anyone ever matching the record of Nadeshiko Japan legend Sawa Homare.

The football veteran and Japan captain (37), who plays for INAC Kobe Leonessa, held a press conference in Tokyo on December 17 to announce that this will be her last season wearing the uniform. The event was attended by about 300 journalists and filmed by more than 15 TV cameras for live broadcast on all TV networks.

In a career that spanned 25 years, Sawa has been a central figure in the rise of Japan to the very pinnacle of world soccer. She played her first game for the Yomiuri Beleza senior team at the tender age of 12, and was only 15 when she made her debut for the national team in 1993. She went on to play in a phenomenal six World Cups and four Olympics, gaining a record 205 caps and 83 goals for her country. As captain the midfielder led Japan to two Women’s World Cup finals, lifting the trophy in 2011, a year that saw her named as FIFA’s World Player of the Year and top scorer and MVP at the World Cup. That title lifted the country’s spirits just four months after the catastrophic earthquake and tsunami that devastated northeastern Japan, and the national team was given the People’s Honor Award by the Japanese government.

Japan manager Norio Sasaki said, “She led women’s soccer in Japan for many years, a great player who played in many World Cups and Olympics with the national side.” He added, “She scored at crunch moments and led us to victories in many matches. She’s one of the special players I’ve met in my career. It’s unfortunate she’s retiring, but I hope she continues to shine in the next stage of her life.”

At the club level, Sawa moved back and forth between leagues in japan and the United States – after starting with Beleza she moved to the U.S. in 1999, playing for the Denver Diamonds and Atlanta Beat for a total of four years. In 2004, Sawa she was back with Beleza, where she scored 47 times in 85 games. Another two seasons were spent with the Washington Freedom in 2009-10 before she joined INAC ahead of the 2011 season.