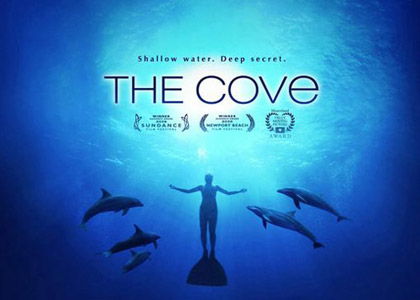 Japan didn’t have much at stake this year at the Oscars. But all the same, the eyes of the world were on the reaction of one little fishing town in central Japan. As “The Cove” won the Academy Award for Best Documentary it became that bit more difficult for Japan to ignore the film’s message – stop the unnecessary annual slaughter of thousands of dolphins in the town of Taiji, Wakayama Prefecture, and the sale of dolphin meat containing dangerously high levels of mercury.

Some local media reported on the movie’s win with the minimum of fuss or detail, referring simply to the overseas controversy surrounding Japan’s “irukaryou” or dolphin fishing. Most reports made sure to describe Taiji as “the birthplace of the ancient rites of whaling” and to point out “problems” with the making of the film, such as the filmmakers trespassing on private property to conceal their cameras, filming fishermen and other Taiji residents without permission, or Taiji city assemblyman Ryono Hisato and a Hokkaido university professor who claim they were tricked into participating in the film. A story on the national TBS network website included only comments critical of the film. It included one from Ryono saying he thought it “unbelievable that a secretly filmed movie could win such an authoritative award.”

The documentary is due to be released at 20-30 cinemas across Japan, but with heavy editing and faces obscured after legal threats. A similarly controversial documentary, “Yasukuni,” was withdrawn from many cinemas in 2008 after threats from right-wing extremists, who protested against the depiction of the Tokyo shrine dedicated to Japan’s war dead, including Class A war criminals.

Iconiq is In Big Demand
JayWalk Vocalist in Drug Arrest