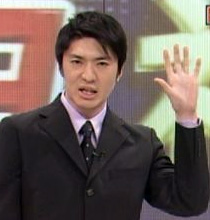 Talento Nagai Hidekazu (37) got himself in trouble with Philippine police earlier in the year, according to today’s issue of weekly magazines “Flash” and “Josei Jishin”. The magazines report that in May the popular comedian and a friend visited Manila, where the two picked up a pair of local girls and took them to a hotel. The next day local police took the Japanese pair from their hotel for questioning, as the girls were only 17 and underage. During questioning a Japanese interpreter arrived and persuaded Nagai to pay an out-of-court settlement to the equivalent of ¥10 million. It is believed likely that he was the victim of a so-called “badger game”, in which a man is tricked into a compromising situation for blackmail. Such cases involving Japanese tourists are said to be common in Southeast Asia. The revelation gives a new perspective on Nagai’s recent decision to leave his wife and 2-year-old child behind and go to New York for a year, where he is said to be studying English. His management agency have confirmed the fact that Nagai paid the money in Manila and that a court case is ongoing, but refused to comment further until they had gone over the magazine stories.

• Former Speed member Imai Eriko (24) announced on her homepage at the weekend that she and Shogo (27) of the band 175R are getting divorced. Sources say they plan to file for divorce within days and that Imai will have custody of their 3-year-old son. The couple have been married since June 2004.

• Hey! Say! JUMP is the latest boy group to be launched by Johnny’s Jimusho, and the members were presented to the media yesterday at Yokohama Arena. With ten members, aged between 12 and 17, it’s the largest group put together by the agency that has brought you SMAP, Kinki Kids and many more, and the JUMP in the group’s name is short for Johnny’s Ultra Music Power. Member Okamoto Keito (14) is the eldest son of Okamoto Kenichi (38), a former member of Johnny’s group Otokogumi. The agency originally formed Hey! Say! 7 as a short-term project, with the gimmick being that all seven members were born in the current Heisei era (2007 is Heisei 19 in the traditional Japanese calendar). The idea seemed to work and the group will make their CD debut on November 14 with the single “Ultra Music Power”, which will also be the theme song for Fuji TV’s broadcasts of the Volleyball World Cup. The group will have their first “solo” concert at Tokyo Dome on December 22.

• Yamamura Koji’s “Franz Kafka, A Country Doctor” became the first Japanese anime short to win the Grand Prix at the Ottowa International Animation Festival, one the four major festivals for the genre. The 20-minute film is to be shown in Japan from mid-November. Yamamura (43) was previously nominated for an Academy Award for 2002’s short “Atama Yama” (watch it on YouTube).