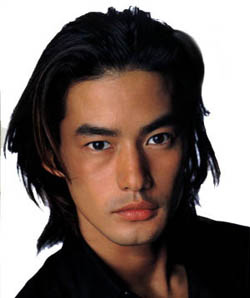 Actor Takenouchi Yutaka (36) has landed his first movie starring role in six years. Directed by Togashi Shin, “Ano Sora wa Oboeteru” is only the second starring role for the popular actor, who last starred with Kelly Chan in 2001’s romance “Reisei to Jonetsu no Aida”. That movie role won Takenouchi a Japan Academy Award. The years since then have seen him working on TV dramas, most recently alongside hugely popular Korean actress Choi Ji Woo in last year’s “Rinbukyoku” on TBS. “Ano Sora…” is based on the novel “Wenny Has Wings” by American writer Janet Lee Carey, an award-winning author of books for children. The story has been described as “a powerful, emotional story about learning to cope with grief and loss.” Takenouchi and Mizuno Miki (33) play the happy parents of two children living in a small city in Japan who are hit by tragedy. Togashi said of Takenouchi, “The role calls for a certain naivety, and he seemed to fit the part perfectly.” Filming begins at the end of this month.

• Hollywood star Catherine Zeta Jones (37) arrived in Japan for the second time yesterday. She’s in Tokyo to promote the Scott Hicks-directed movie “No Reservations”, which opens in theaters on September 29. The Japan premiere will be held tomorrow and Zeta Jones will give a press conference on Wednesday. The last time she was here was in January 2006 to promote “The Legend of Zorro”.