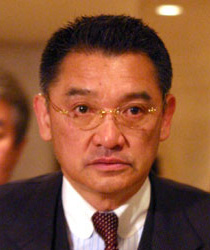 Actor Hagiwara Kenichi (57) is in trouble with the law yet again. It was revealed by the police yesterday that the actor commonly known by his nickname “Shoken” was spotted speeding on August 10 in Tokyo. A speed gun showed he was doing 97km/h in a 60km/h zone. He presented himself to police on September 6 and said he had been hurrying to a party at his home in Yokohama. Hagiwara caused a traffic accident in 2004 and was fined ¥400,000. Later that same year he was found guilty of attempted blackmail in connection with a canceled movie role and given an 18-month jail sentence, suspended for three years.

• Up and coming comedian Kojima Yoshio (26) has experienced his first run-in with the paparazzi. He was photographed with a young beauty recently in Tokyo’s Shimokitazawa and the photos appeared in yesterday’s issue of weekly gossip magazine “Flash”. He insists that there is no relationship, and unlikely to be one since he hasn’t been able to contact her since the photos were taken. The Flash article says he picked her up that evening and she claims to already have a boyfriend. Kojima has recently been appearing more often on TV with his trademark swimming briefs and fist-pumping, “Sonna no kankei nee!” catchphrase.