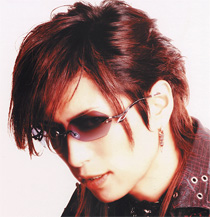 Rock singer-actor Gackt is going global from next month. He is already reaching a wide international audience as some 100 countries are showing the current NHK taiga drama “Fuurinkazan”, in which he plays a supporting role as medieval warlord Uesugi Kenshin. But soon fans worldwide will have a chance to enjoy more of his music…all of it in fact. Two DVD collections of video clips from his career between 1999 and 2006, which made No.1 & 2 on the Oricon charts in August 2006, will go on sale in North America on October 19. Gackt himself wrote English subtitles for the songs on the new versions of the DVDs. He performed in the U.S. and Canada with the recently formed band S.K.I.N., which also includes former X Japan member Yoshiki, in June. Meanwhile, releases such as the 2005 album “Diabolos” and a live DVD will go on sale in 18 European countries from October 26. And all 201 songs that he has released since going solo in 1999 will be available on iTunes in 22 countries from October 17. He is the first Japanese artist to release his entire catalog online.

• Dance choreographer Doi Hajime died yesterday morning of malignant lymphoma at a hospital in the Tokyo suburb of Mitaka. He was 70. Though he started out choreographing top artists of the 1960s like the Peanuts and the Tigers, he is best known for creating the dance routines used by the top idol singers of the 70s and 80s, including Yamaguchi Momoe, Sakurada Junko and Mori Masako. The dynamic, gyrating dance moves that helped define the raunchy image of idol duo Pink Lady in the late 70s caused a nationwide sensation at the time.