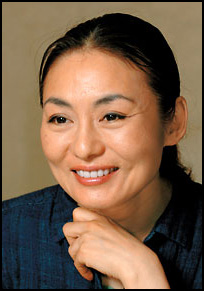 Actress Fukaura Kanako died of cancer at a Tokyo hospital on Monday night, it was revealed yesterday. She was 48. An established supporting actress, she had roles in a wide variety of TV dramas and movies. According to her father, she was diagnosed with sigmoid colon cancer about five years ago and had been in and out of hospital and underwent surgery several times. But had continued working right up until what was to be her final hospitalization at the beginning of this month, after it was found that the cancer had spread to her lungs. She went into a coma on August 24 and never awoke. Her final work had been the narration of the documentary about the atomic bombing of Hiroshima that was broadcast on August 6. She began her acting career on the stage while a student at Meiji University in 1980. She started working more on TV and in movies from 1989 and her career included roles in dramas such as “Ie Naki Ko,” “Nurse no Shigoto” and “Shomuni” and movies like “Tasogare Seibei” and “Battle Royale.”

• TV Asahi and network vice-president Hayakawa Hiroshi have sued the publisher Kodansha at the Tokyo District Court. The suit, which seeks ¥200 million in libel damages and a published apology, is related to an article published in the “Shuukan Gendai” magazine in June 2007 that claimed Hayakawa was the recipient of illegal business entertainment.