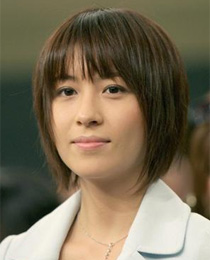 Popular TV announcer Aoki Yuko (26) has decided to quit the TBS network before she gets into trouble again. A regular on six programs, including the popular “Sunday Japon,” Aoki has already handed in her resignation ahead of a scandalous magazine story expected to appear next week. Sources say the network is trying to dissuade her from resigning. Aoki is scheduled to sing during the half-time show at tonight’s baseball All-Star game, and will no doubt be grilled by the media. The Keio University graduate joined TBS in 2005, but within a year she had got herself into trouble. She was caught having an affair with a 32-year-old married director on the “Sunday Japon” show, and he was kicked off the show. In May, she revealed that she was dating a director on the “Akashiya-san Channel” show. The assumption is that she’s been caught having an affair again. And the timing is bad, given the hundreds of complaints from Fuji TV viewers as announcer Watanabe Kazuhiro (32) continues to appear following the revelation of an affair.

• Comedian Hide (37) of the duo Penalty is a father for the first time. His management agency announced yesterday that his wife gave birth to a baby girl on July 27. The couple married on the fortuitous July 7, 2007 (7/7/7).

• Canadian musician Karl Wolf (30) performed for 500 fans at Shibuya 109 in Tokyo yesterday. The Lebanon-born singer is on his first visit to Japan, where his album “Bite the Bullet” and the single “Africa” have enjoyed success. The Japanese media describe him as a native of Dubai, where he spent much of his youth.