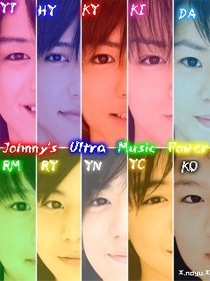 It’s no surprise to see that young Johnny’s Jimusho idol group Hey! Say! Jump are on top of the latest Billboard Japan singles chart with their third release, “Your Seed/Bouken Rider.” The single has been used in the local tie-up with the hit Dreamworks animated feature “Kung Fu Panda.” And it was announced this week that four of the group’s 10 members are to share the top of the bill on a TV drama series for the first time. Nakajima Yuto (14), Chinen Yuri (14), Yamada Ryosuke (15), and Arioka Daiki (17) will reprise their high school student roles from the NTV spring special “Sensei wa Erai” in a season-long series starting in October. Provisionally titled “Scrap Teacher,” it has the same storyline of the group of students who help turn around the fortunes of failing teachers. Johnny’s acts, including SMAP and Kinki Kids, have dominated the male idol scene for a generation, turning out group after group with a monotonously successful track record.

• Meanwhile, Amuro Namie (30) is back on top of the charts. Her first hits collection in six years, “Best Fiction,” has entered the latest Oricon chart at No.1. With over 680,000 copies sold already, it’s the strongest start by an album this year and is likely to reach the one million mark. Meanwhile, y