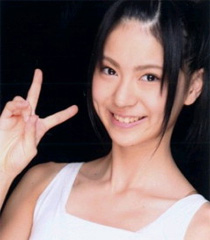 Another young female idol has found that work and romance are not allowed to mix. Kikuchi Ayaka (15) has been kicked out of the popular idol group AKB48 for indulging in “behavior that was careless and lacking in self awareness.” Photos of Kikuchi and a boyfriend were recently circulated on the Web leading to her being disciplined and dropped from performances since August 2. Her contract with the Production Ogi management agency was also canceled.

• “Blindness,” the multinational Hollywood movie that features local stars Kimura Yoshino (32) and Iseya Yuusuke (32), is to be shown in almost 80 countries worldwide. The Japanese-Canadian-Brazilian production also features Julianne Moore, Danny Glover and Mexican actor Mexican actor Gael GarcÃ­a Bernal and received a lot of international interest after it was chosen to open this year’s Cannes film festival. The Japanese pair were already romantically involved off-screen before they headed for Canada for several months last year shooting the movie on location. But, as we reported here in early June, they have indicated that their relationship is now over. Yesterday in Tokyo, they took the stage together for the first time since then, appearing with director Fernando Meirelles at a PR event for the movie, which opens in Japan in November.