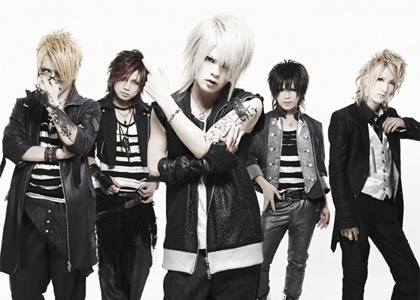 The manager of visual-kei rock band Vistlip was killed in the early hours of this morning in a car crash. According to Nagano Prefecture highway police, a van carrying members of the band and staff hit the wall inside a tunnel on the Joshinetsu Expressway. Band manager Sakakibara Asako (31) was thrown out of the vehicle and died on the spot. The vehicle belonged to vocalist Matsushita Tomo (24), who along with the other six passengers suffered minor injuries. The band were returning from a show in Kanazawa city. Vistlip had a minor hit last year with “Ozone,” the ending theme for the anime series “Yugioh.” 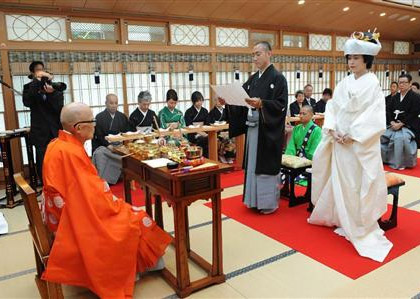 Kabuki star Ichikawa Ebizo (32) and freelance announcer Kobayashi Mao (28) held their wedding ceremony and a massive reception in Tokyo yesterday. The couple, who registered their marriage back on March 3, held a Buddhist-style ceremony at the Prince Park Tower Tokyo hotel in Shiba Koen with about 20 family members. It included making their vows in front of a statue loaned – for the first time ever – by the Narita-san temple, to which the Ichikawa stage family have been attached since the 17th century.

More than 1,000 guests were invited to the hotel for a reception that cost about ¥500 million. The guest list included political figures, sports stars and just about every major name in showbiz. Of course all the big names of kabuki were there, including those of Ebizo’s generation who have helped revive the popularity of the traditional theater. Ichikawa Somegoro (37), Nakamura Shido (37) and Nakamura Kantaro (28) each poured a glass of wine for the groom. Shido got a laugh when he said he’d been told not to make a speech as it was bad luck – he is divorced from actress Takeuchi Yuko (30). 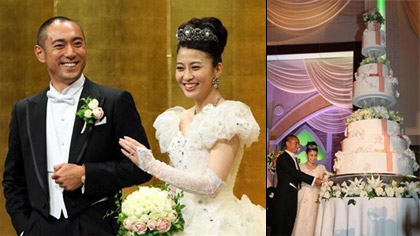 Among the other celebrants were former prime ministers Mori Yoshiro (73) and Koizumi Junichiro (68), and singer Hirahara Ayaka (26), who performed her hit “Jupiter” in a live satellite hookup from Shimonoseki, where she was performing in concert. One surprise of the evening was a video of Ebizo’s secret visit to Vietnam, where he dug up a ruby that was used to make a necklace for his bride, ruby being her birthstone. The reception also featured a 2m-high wedding cake.

Between the morning wedding ceremony and the drawn-out, elaborate reception, the happy couple were on the go for a full 11 and a half hours. 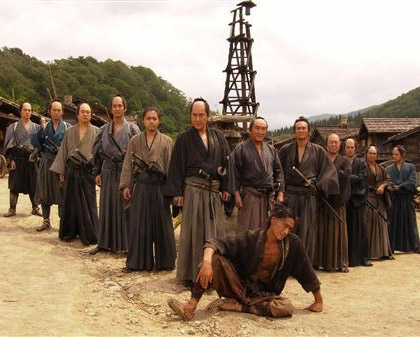 Japan has a couple of strong contenders in the running for this year’s Golden Lion award at the Venice Film Festival, as the lineup for the competition was announced yesterday. “Noruwei no Mori” (Norwegian Wood), the first ever adaptation of Murakami Haruki’s cult novel, is the high-profile choice. With Vietnamese-born French director Tran Anh Hung at the helm, it stars two of Japan’s most highly rated young actors in Matsuyama Kenichi (24) and Oscar nominee Kikuchi Rinko (28).

It will be up against the latest movie from popular director Miike Takashi. “13-nin no Shikaku” (13 Assassins) stars the always solid Yakusho Koji (54) and is a remake of a 1963 samurai drama that is famous for its 30-minute climactic fight scene. The chambara style of movie (even with its weird choice of “Desperado” by The Eagles as its theme tune) might have an edge with a festival jury that is headed by American director Quentin Tarantino.