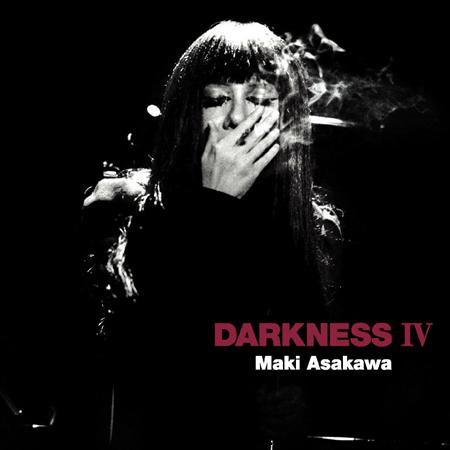 Singer Asakawa Maki was found unconscious in a Nagoya hotel room on Sunday evening and declared dead on arrival at a local hospital, it was revealed yesterday. According to Aichi prefectural police, the cause of death was acute heart failure. She was 67. She had performed as scheduled the night before and was found in her room shortly before she was due on stage for the last of three nights.

With her black clothes, long straight hair and blank expression, Asakawa was considered the “queen” of the “angura” avant garde scene in Tokyo in the early 1970s. She was a unique artist who modeled her vocal stylings on Mahalia Jackson and Billy Holliday and collaborated with a wide variety of jazz, blues and rock musicians. One western critic described her “dark clad, nicotine stained and black sugarless coffee drenched female vocals against an avant-jazz backing.” She first appeared on the scene in 1968 when controversial producer Terayama Shuuji (1935-1983) put her in a one-woman stage show at the Sasoriza theater in Shinjuku. Under his tutelage she made her recording debut in 1970 and performed at cabarets and U.S. military camps in and around Tokyo. In recent years she performed mainly at the Pit Inn live house, close to her roots in Shinjuku. She never married and lived alone in Tokyo.