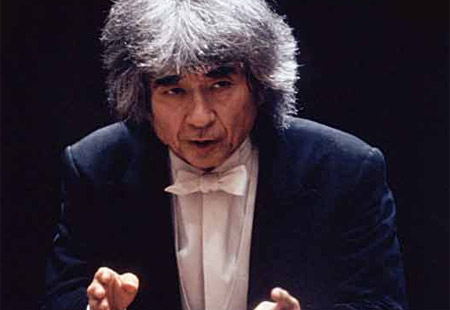 World-renowned conductor Ozawa Seiji has canceled future performances after he was recently diagnosed with esophageal cancer. His management office announced this morning that he has decided to cancel all performances for the next six months while he undergoes treatment. Ozawa received the news at the end of last year and the cancer is said to be in its early stages, so surgery will be the first step. He and his doctor are scheduled to give a press conference in Tokyo this evening.

One of the first Japanese classical music figures to become widely recognized in the west, Ozawa (74) led the Boston Symphony Orchestra for almost 30 years. In 2002 he became the first Japanese conductor to be named musical director of the the Vienna State Opera, though he was due to step down from that post later this year. He has also made efforts to revitalize the classical music scene in Japan, establishing the annual Saito Kinen festival in the city of Matsumoto in 1992.