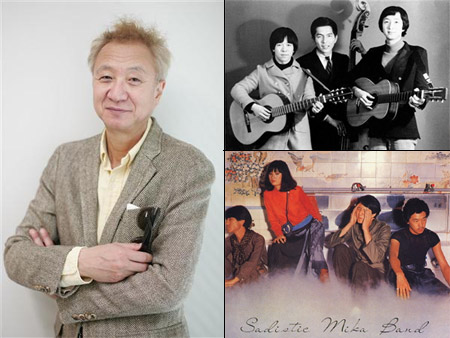 The body of musician and producer Kato Kazuhiko was found in a hotel room in the mountain resort of Karuizawa on Saturday morning. He was 62. He was discovered hanging by the neck in a bathroom after a friend had called the hotel saying there was no answer to telephones calls to his room. Two notes written to friends were found in the room, and police are treating it as a suicide. Friends have said that Kato suffered from depression and had recently told them it was becoming increasingly difficult to write the kind of music he wanted, or even to find a reason to carry on living.

Kato found fame as a member of the popular group The Folk Crusaders in the late 1960s, and in the early 70s he rocked out with the Sadistic Mika Band. After that band broke up, he married lyricist Yasui Kazumi, but she died of lung cancer in 1994 at the age of 55. In the 1980s, Kato produced music for the big screen and later also for the theater and video games. He won an award for his soundtrack to the 2004 hit movie “Pacchigi!” and he had recently been working on music for a stage version later this year. His best known hit was “Ano Subarashii Ai wo Mouichido” which he co-wrote and released with fellow Crusaders member Kitayama Osamu in 1971. 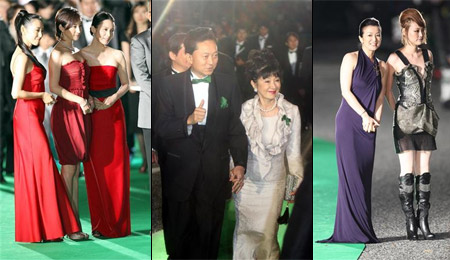 • Singer Mori Shoji died of heart failure at a Tokyo hospital yesterday. He was 70. He was rushed to hospital on Friday afternoon after suffering a heart attack and underwent emergency surgery. But he never regained consciousness. Mori was best known as vocalist of the group Los Primos, among the most popular “mood ballad” groups of the late 1960s. In 1966, the group’s first single “Love You Tokyo” was the very first No.1 on the Oricon charts. More than forty years on, the group are still active and went ahead with a scheduled dinner show last night using a hastily arranged guest vocalist.

• Good news at last for popular model and talento Rinka (36), who is engaged to marry a construction company employee. Although the couple are said to have been dating for about eight years, Rinka is regularly portrayed on variety shows as a “make-inu” (loser dog), or woman who is destined to remain single. A good example of how the public persona of many celebrities is fabricated for the media.