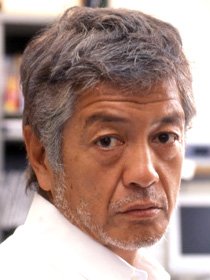 Actor Minegishi Toru died on Saturday of lung cancer. He was 65. Born in Tokyo and raised by a mother who ran a Ginza restaurant, he wanted to be an actor in the mould of James Dean and Ishihara Yujiro. Real name Minegishi Tomo, he made his movie debut with the Toei studio in 1962 and changed his stage name several times before settling on Toru in 1975. A popular supporting actor, he appeared in over 60 movies and countless TV drama series. In 1986 he was in the media spotlight following the suicide of young idol singer Okada Yukiko. Just 19 at the time, Okada was said to have had an unrequited love for Minegishi, who said he thought of her more as a younger sister. In recent years, Minegishi developed an interest in triathlons and competed into his 60s. In April of this year, he dropped out of a planned theatrical production citing continual back pain from a hernia. In fact, during tests before his scheduled back surgery, he had been diagnosed with lung cancer in March. It wasn’t until July that he revealed that he had been undergoing radiation therapy. He appeared in four movies released this year, the most recent being the critically acclaimed “Okuribito” (Departures), which won the top prize at the Montreal World Film Festival.

• Miura Kazuyoshi, for many years a suspect in the 1981 murder of his wife in Los Angeles, committed suicide yesterday. He was found hanged in his jail cell less than 24 hours after being taken to L.A. to face trial on a charge of conspiracy to murder. The original murder led to several court cases, convictions, jail time and appeals in the U.S. and Japan before the Japanese Supreme Court overturned a previous guilty verdict in 2003. Miura then started something of a showbiz career, appearing on variety shows until he was arrested in Saipan earlier this year.

• Eric Martin (48), front man for the defunct U.S. band Mr. Big, is to release an English cover album of Japanese female vocalists. Tracks include Imai Miki’s “Pride” and Hitoto You’s “Hanamizuki.” Martin says he has mainly been a family man since the split of Mr. Big in 2002, but among his musical projects he has worked with Matsumoto Tak of B’z. And now that his twin sons are four years old, he’s decided to re-launch his career. He chose Japan to do it as Mr. Big were always very popular here. Recording of the album took place in San Francisco in August and Tokyo in September. It goes on sale November 26 and Martin will visit Japan earlier in the month. The track “Pride” will be available as a mobile phone download from this week. The concept of the album has already been proven in Japan – the three “Vocalist” albums by Tokunaga Hideaki (47) have sold over three million copies.

• After an absence of 27 years, the Imokin Trio comic band is to reform for one day only. The group, who had a mega-hit with “High School Lullaby” in 1981, were also the core of the hugely popular Fuji TV variety show “Kindon! Yoiko, Waruiko, Futsunoko” (1981-85). To promote the upcoming release of a DVD of the series, the trio will get together for a one-off event at Ikebukuro Sunshine in Tokyo on November 8. The trio are Yamaguchi Ryoichi (53), Nishiyama Koji (47), and Nagae Kenji (44).

• Young singer Aoyama Teruma (20) has teamed up with Dreams Come True (profile) to record a new theme tune for the long-running variety show “Ainori.” For the last ten years, the show has followed an ever-changing lineup of young Japanese as they travel around the world in a pink minibus. The aim is to develop a romantic relationship with one of the other travelers, and the show has produced 41 couples over the years. Aoyama’s song “Daikkirai, Demo Arigato” is the third ballad to be used on the show. DCT vocalist Yoshida Miwa (43) wrote the lyrics and co-wrote the music with bassist Nakamura Masahito (50).