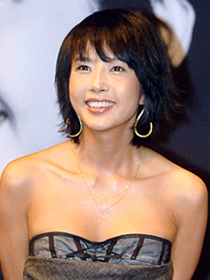 Top Korean actress and the ex-wife of former Yomiuri Giants pitcher Cho Sung-min (35), Choi Jin-sil (39) killed herself earlier this week. Her body was found hanging by the neck in the shower of her Seoul apartment, and although no note was found police are treating it as a suicide. Known as the “Nation’s Actress,” Choi married Cho in 2000 and they had two children before splitting in 2002. Choi resumed her acting career after their divorce was finalized in 2004. Emotionally weakened since that experience, she was often described as depressed and even expressed suicidal tendencies. Recently there were widespread rumors that she had lent money to actor and longtime friend Ahn Jae-hwan, who was found dead in his car in early September. Choi’s mother told police that the actress had come home home drunk late on Wednesday night, crying and upset by the rumors. Her mother woke the next morning to find the bathroom door locked and called for help.

• Actor Hamada Manabu (32) is getting married this weekend, it was revealed yesterday. He and his fiancee, described as “A-san” and a nurse in her 20s, met five years ago at a restaurant run by a mutual friend. They plan to tie the knot on October 5 and are already living together in Tokyo. Hamada, the son of actor Hamada Akira (66), had his first TV drama starring role in 1997. This year he starred in the movie “Kagehinata ni Saku,” based on a novel by comedian Gekidan Hitori, and took to the stage for the first time.