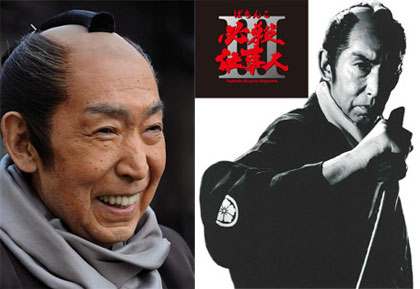 Japan Zone was greatly saddened today to hear of the death of actor Fujita Makoto, one of Japan’s best-loved actors. He died yesterday of a ruptured aortic aneurysm at a hospital in Suita City near Osaka. He was 76. Though perhaps best known as screen assassin Nakamura Mondo, Fujita started out in 1952 as a singer and comedian. But acting was in his blood – he was the son of silent movie actor Fujima Rintaro – and he made his TV debut in 1957. His talent for humor made him a household name by the early 1960s. So when Nakamura starred as assassin-for-hire Mondo in the TV Asahi series “Hissatsu Shiokinin” in 1973, it was a total change of image. He went on to play the role for many years on both the small and big screen. In the late 1980s, he started another signature role as a detective in the “Hagure Keiji Junjoha” series, again on Asahi. In his career, he made over 50 movies – most recently in 2008 – and was an accomplished singer with nine albums to his credit.

Fujita suffered health problems in the last couple of years, and was diagnosed with esophageal cancer in 2008. He recovered from surgery and returned to the Mondo role for a Hisatsu revival later that year. He had more health problems last year but had made enough of a recovery to return to narration work in January, and was expected to make a full return to work in March. 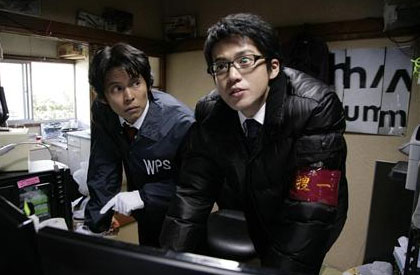 Another young star has been named to the cast of the summer’s big blockbuster movie. Oguri Shun (27, photo right) will play an elite bureaucrat in the second sequel to “Odoru Daisosasen” (Bayside Shakedown). The most commercially successful franchise in Japanese movie history has produced only spinoffs since 2003, so Odoru3 will be getting massive hype over the next few months. Oguri’s character is described as something “completely new” to the series, though it’s not clear if he will be an ally or an enemy of Detective Aoshima Shunsaku (Oda Yuji, 41, photo left). Odoru started out 12 years ago as a Fuji TV drama series and producer Kameyama Chihiro (53) said, “We wanted to have a bureaucrat character that was younger than Aoshima. And we thought Oguri could bring real style to the role.” Oguri himself said, “I’ve been watching this series since I was a kid, so I just didn’t want to mess it up!” His popularity will certainly add more fuel to the Odoru fire when the movie is released on July 3. 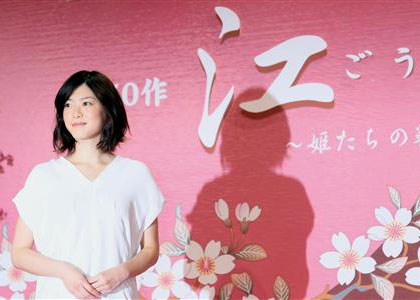 We’re only halfway into February but NHK have already announced the first details of next year’s taiga series. The public network’s annual drama airs on Sunday nights for almost the whole year and is based around a single historical figure. In this year’s “Ryomaden,” that figure is Sakamoto Ryoma (1836-67), the samurai who helped lead Japan out of centuries of isolation. The 2011 taiga returns to a more feminine theme that has been the focus in several recent series – the ladies of the royal court. Popular actress Ueno Juri (23) will play the princess Gou (1573-1626), third daughter of warlord Azai Nagamasa (1545-73). Gou was married three times to various offspring of the legendary Toyotomi and Tokugawa warlord clans. As the wife of shogun Tokugawa Hidetada (1579-1632), she created the “Ohku” or inner palace at the Edo Castle, with its intricate web of female intrigue.

Ueno has established herself as a talented actress, particularly in the Fuji TV dramatization of the “Nodame Cantabile” manga and a subsequent big screen adaptation. Like Gou, she is a third daughter and found that she identifies with the role. “In the script, she is strong willed and really speaks her mind. I might be like that!” But she has a lot of preparation to do for the role before filming starts in August. “I’d never watched a taiga series or performed in a period drama. So I recently started watching Ryomaden.” Though she shares the same management agency with its star, Fukuyama Masaharu (41), she has never met or even seen him. So she was delighted when he sent her a message of encouragement for her upcoming challenge.