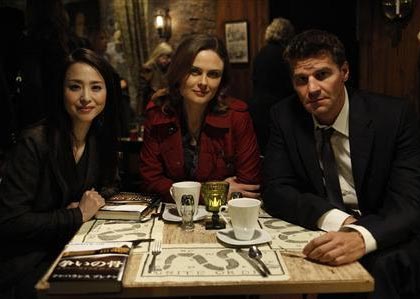 Singer-actress Matsuda Seiko (47, profile) has landed a role on the popular U.S. drama series “Bones,” it was revealed yesterday. She plays the part of a Japanese journalist in series 5 of the Fox show, set to air from April. The series 4 box set is to go on sale in Japan next month and the Seiko connection is sure to help boost the show’s popularity here. Producers say they were looking for a Japanese actor who would bring acting ability, English ability and name recognition to the role. In the U.S. Matsuda is seemingly referred to as the “Japanese Madonna,” presumably based on her huge popularity in the 1980s. She made her U.S. recording debut in 1990 and had some modest chart success. She has since landed some small roles in Hollywood features, including the 1998 blockbuster “Armageddon.”

Matsuda is said to have prepared for the Bones role while on a Japan tour at the end of last year, and went to the U.S. for two weeks’ filming in early January. She follows in the footsteps of other domestic stars who have recently appeared in top U.S. dramas, such as Sanada Hiroyuki (“Lost”) and Takeuchi Yuko (“Flash Forward”).

John Lennon Museum to Close
The John Lennon Museum in Saitama is to close at the end of September, it was announced today. The museum, located in central Saitama City, is run by a subsidiary of Taisei Corp., a major construction company. A Taisei spokesperson said that a licensing agreement signed with Lennon’s widow Yoko Ono is set to expire and will not be renewed. The museum houses many of Lennon’s personal effects. He and Ono spent quite a bit of time in Japan before his death in 1980. A 3-day event is to be held at the museum in the spring to mark the couple’s March 20 wedding anniversary. 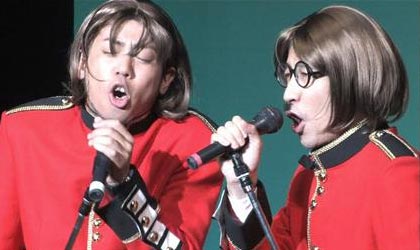 Comedy duo Imaigawa revealed yesterday that they have been pulling the wool over our eyes. During a PR event to mark the release of the live DVD “Oil Shock,” named after their best-known gag, the pair made a couple of confessions. Igawa Shuji (photo left) admitted that he is 36, three years older than he has always claimed. Meanwhile his partner Iwai Jonio (age unknown, photo right) revealed that he has been married since 1999 and has a school-age daughter.