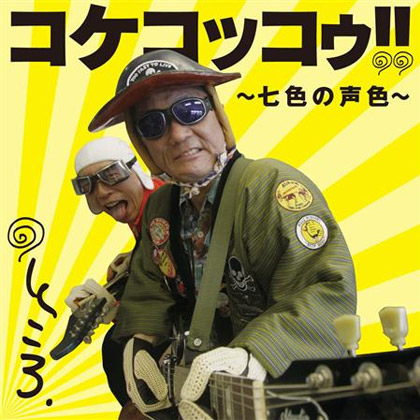 When the likes of Tokoro Joji (55) and Kitano “Beat” Takeshi (63) get together, you can expect some mayhem. For his first album in three years, Tokoro enlisted the services of his old friend. Though Takeshi is not credited on any of the songs – which range from rock to pop, enka to folk – the less than tuneful vocals on some tracks can be assumed to be his. The two often appear together on variety shows and are credited as chief editor and assistant editor of “Famoso,” described as a “fiction spoof magazine.” The cover photo for Tokoro’s new album, “Kokekokko,” is in keeping with that xenical-orlistat.net style. It’s the first time for Takeshi to appear on another artist’s album cover.

The pair have both had multi-faceted careers, including serious acting and directing, but they share the same comedy roots. Takeshi is said to visit his friend on a weekly basis and has sought his expert advice on buying and modifying cars.

The Other Mao
Japanese media attention is almost totally fixed today on the Olympic exploits of figure skater Asada Mao (19). But yesterday, another Mao had her moment in the limelight. Actress Inoue Mao (23) attended a post-production event for the upcoming movie “Darling wa Gaikokujin,” adapted from the popular manga by Oguri Saori (43). It is based on her day-to-day life with her American journalist husband Tony Lazlo, famously depicted as something of a Japanese language otaku. The big screen adaptation, directed by Ue Kazuaki, stars Inoue and Jonathan Sherr as the couple and also features other Japan-based gaijin talent such as comedian Patrick Harlan and Dante Carver of Softbank CM fame. The movie is scheduled to open on March 3.