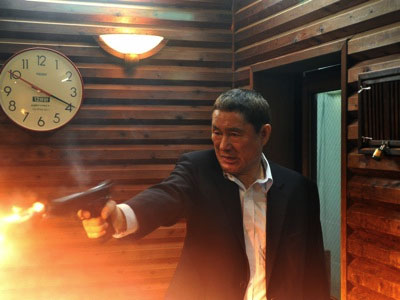 Though he is a widely respected film director, especially in France, the critics there came out in force against the latest offering from Kitano Takeshi. “Outrage” marks his return to the violent yakuza theme of his earlier successes and it had a good enough reputation to be entered for competition at the 63rd Cannes International Film Festival. But yesterday’s big announcement of the first ever Thai winner of the Palm D’Or was accompanied by terrible reviews for Kitano’s flick in the French newspapers.

Le Monde called it “his worst ever film,” and said the “depiction of excessive violence was grotesque,” while Figaro couldn’t understand why it had even been entered in the competition in the first place.

Cannes ended on a happier note for director Apichatpong Weerasethakul, who became the first Thai winner of the top prize with “Uncle Boonmee Who Can Recall His Past Lives.” 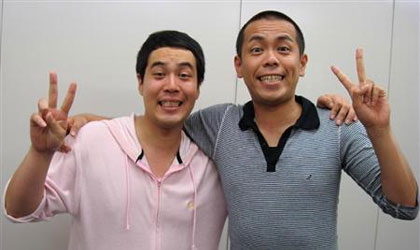 Comedian Toshi (33, photo right) recently married his high school sweetheart, it was announced yesterday. He and his new bride have been living together since they moved down to Tokyo from Hokkaido in 2002, and they finally tied the knot on May 7. Described as a 33-year-old ippanjin, she is said to have worked in the apparel business to support Toshi’s dream of making it in showbiz. He did that as one half of the duo Taka and Toshi, who are now regulars on the variety TV circuit.

A Busy Weekend for Erika 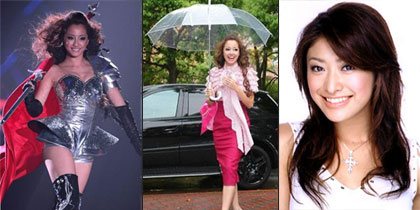 Actress Sawajiri Erika (24) had two big events over the weekend. On Saturday, she went for the sexy look (photo left) as she appeared at the “GirlsAward2010” music and fashion event, her first performance in almost 3 years. She also gave fans their first listen to her new song “Treasure.” On Sunday she toned it down just a bit for her brother’s wedding and reception in Tokyo (photo center). Sawajiri’s estranged husband, Takashiro Tsuyoshi (45) was nowhere to be seen.

Big Drama Role for Yamada Yuu
Model-turned-actress Yamada Yuu (25, photo right) has landed her first leading role in a TV drama series. She will star in TV Asahi’s summer series “Gakepucchi no Elie.” The series is based on the turbulent early career of popular manga-ka Saibara Rieko (45).

Tamaki, Aota Love on Parade
Rock star Tamaki Koji (51) and former pin-up idol Aota Noriko (42) are not being shy about their relationship. They were spotted together in public for the first time at Narita Airport yesterday as they headed for Hong Kong, where Tamaki was to appear at a press conference to announce the upcoming Asia concert tour by his band Anzen Chitai. Asked about their wedding plans, Tamaki said they didn’t have any yet, but said “We’re living together. We’re having sex.”

The couple are living in a newly-built luxury skyrise apartment complex in the Tokyo district of Nishi-Shinjuku. Their home is described as a 2LDK (2-bedroom) place with rent of about ¥800,000 ($9000) a month, though that is less than a third the cost of the building’s penthouse.