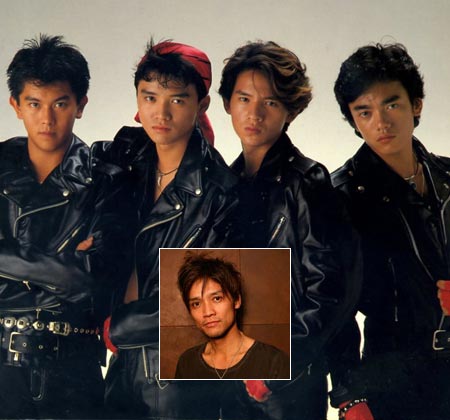 Former Johnny’s Jimusho rock idol Narita Shoji (41) is the latest celebrity to receive a suspended prison sentence for drug possession. Yesterday at the Tokyo District Court the judge handed him a 6-month sentence, suspended for three years, for possession of marijuana, saying that he had an addiction and was liable to re-offend. According to the charges, police found 1.689g of marijuana at Narita’s home on September 27. His arrest came in the midst of a nationwide promotional tour of music stores in support of the live album “Parallel World.”

Narita was the guitarist of popular Johnny’s rock unit Otokogumi from the mid-1980s. The group launched their recording career in 1988 with the single “Daybreak” and went on to win a Best Newcomer award that same year. They had an even bigger hit the following year with “Time Zone.” In a rare case for an active Johnny’s artist, Narita married his junior high school sweetheart in 1992. They had a daughter in 1993 and Otokogumi split up the same year. Of the four members, only Okamoto Kenichi is still with the Johnny’s management agency. Narita continued his solo career, playing small live houses in Tokyo and across the country.