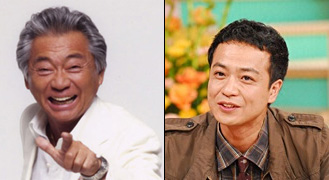 NTV yesterday announced the new format for its weekday afternoon schedule. Veteran emcee Mino Monta (profile) announced last month that he will be stepping down as host of the network’s flagship live information show “Omoikkiri Ii! Terebi,” a show he has presented for more than 20 years. From April, the show will have an expanded time slot and a new host. With Nakayama Hideyuki (41), who currently hosts the morning wide show “Rajikaru,” at the helm the show will run from 10:25am to 1:55pm. It will mix Rajikaru’s showbiz and news format with Omoikkiri’s health and lifestyle info aimed at housewives and older viewers. Nakayama will be supported by Mino’s current assistant presenter, Natsume Miku (24). The new format has been provisionally titled “Omoikkiri Don!” Meanwhile rival network TBS is also said to be planning a major new afternoon show to take over from its current diflucan-fluconazole.net, “Pinpon.”

• Over on Fuji TV, another veteran presenter was making an apology…of sorts. On his regular weekday morning wide show “Tokudane,” Ogura Tomoaki (61) apologized to the Japan Sumo Association for an off-the-cuff remark he made last Friday. But he made it very clear that he was doing so under orders from above. In a discussion about the return to sumo of yokozuna Asashoryu, who is recovering from injuries and rumors of an early retirement, Ogura had joked “Hoshi ga kaereba iinoni.” The remark translates as “If only he could buy a star,” referring to the “white star” that indicates a win in sports, and the rumors of match fixing that surround sumo. Ogura said that Kokonoe Oyakata, formerly known as the legendary Chiyonofuji and now sumo’s head of public relations, had summoned the show’s producer to the Sumo Association and threatened to withdraw Fuji’s broadcasting rights for the sport unless Ogura apologized yesterday. But he insisted that such dark humor has been part of his style for ten years on the show and added bitterly that he was quite ready to step down if Fuji felt he should take responsibility. Though calm, he was clearly angry during the monolog that always opens the show. He retorted that sumo elders should be grateful for all the support his show has given the sport, which has been hit by a series of scandals over the last few years.

• Johnny’s Jimusho idol Takizawa Hideaki (26) has seen his solo debut single enter the Oricon chart at No.1. He wrote the words and lyrics to “Ai – Kakumei,” the theme song for his current stage show, currently running at the Imperial Theater in Tokyo. He has previously had chart-topping releases as one half of the duo Tackey and Tsubasa.