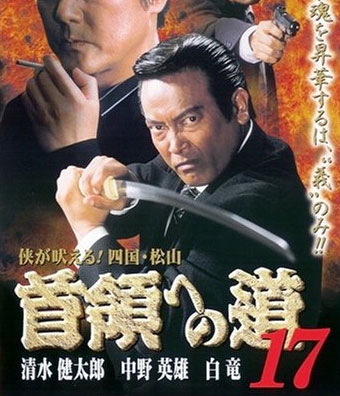 The trial of actor Shimizu Kentaro (56) began with a surprise yesterday at the Tokyo District Court. Prosecutors are seeking a 10-month prison sentence for a hit and run incident in October of last year, which led to Shimizu’s latest arrest. They brought up another traffic accident dating back to 1973, before he began his acting career, in which a woman died and Shimizu was fined for professional negligence. Four other arrests have been for drug-related offenses. In an effort to present the actor in a better light, his lawyers called a woman to the witness stand. Described by the Sankei Sports newspaper as a “long-haired beauty of 36” she pleaded with the judge to let Shimizu off with a fine, adding that they are living together and plan to get married. She is said to have paid the ¥3-million bail in the current case. Shimizu has been married and divorced twice, to an American model (1985-91) and actress Mori Kanako (2002-04). His first drug arrest put an end to a blossoming singing career and the third in 1994 led to an 18-month prison sentence. Support from friends in the V Cinema (direct to video) industry helped him make a comeback, usually playing the role of a yakuza gang boss such as in the “Don e no Michi” series. But yet another drug arrest, shortly after his divorce from Mori in 2004, led to a prison sentence of two years and four months. But his cult following is such that he formally relaunched his career at the beginning of last year.

• Management for actress Igawa Haruka (31) announced yesterday that she is expecting a baby this summer. She and fashion designer Matsumoto Atou (46), the son of former Pioneer chairman Matsumoto Kanya (78), married in November 2006. Igawa recently finished shooting the movie “Dear Doctor,” which is due to open in June. She plans to continue TV commercial and fashion magazine work as long as her condition allows.

• With “Okuribito” (Departures) now one step away from an Academy Award nomination, Japan’s awards season is already in full swing. The movie’s star Motoki Masahiro (43) and his mother-in-law, actress Kiki Kirin (66), are among the winners of this year’s 51st Blue Ribbon awards, announced yesterday. Motoki won the best actor award for the second time, while Kimura Tae (37) won best actress for her role as a grieving mother in “Gururi no Koto.” Kiki won best supporting actress for “Aruitemo Aruitemo.” Sakai Masato took best supporting actor honors for roles in “After School” and “Climber’s High,” which won the best movie award. “The Dark Knight” got the nod as best foreign film. The Blue Ribbon award ceremony will be held in Tokyo on February 3.

• Actress Asaoka Yukiji (73) yesterday acknowledged recent reports that she and actor Tsugawa Masahiko (69) are separated. She said they are selling their Tokyo house, which is in her name, in an attempt to help his struggling toy company “GranPapa.” They plan to live together again once they settle on a new home.