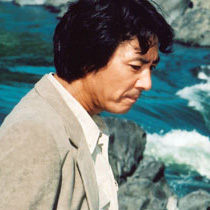 Actor and former Johnny’s Jimusho idol singer Akasaka Akira (34) has been arrested for drug possession. He was found with a gram of methamphetamine stimulant drugs in the early hours of Sunday morning when stopped by police on the street in Tokyo’s Toshima Ward. Akasaka was a member of the hugely popular 1980s roller-skating idol group Hikaru Genji, for whom current superstars SMAP were backing dancers. After the group broke up in 1995, Akasaka became an actor, working mostly in theatrical drama and musicals. Johnny’s announced to the media by fax that they had fired him from the agency as of Monday.

• Rakugo-ka Sanyuutei Enkou was discovered dead at his Tokyo home on October 26, police revealed this week. He was 58. Neighbors reported to his apartment caretaker that they hadn’t seen him in some time, and he was found on the floor of his bedroom. He’s believed to have died of heart failure around October 11. The traditional comic storyteller was single and lived alone, and had been experiencing health problems for some time.