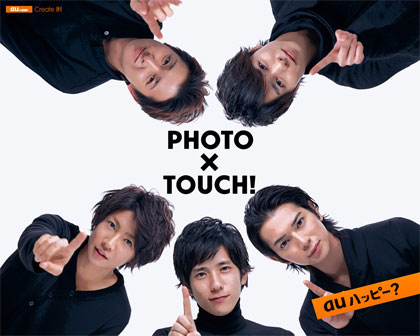 Johnny’s Jimusho aidoru group Arashi already hold plenty of music-related records, but now they reckon they deserve to be in the Guinness Book. The five-member group have filmed a total of 60 versions of their new TV commercial for the new “Android au” smartphone from the KDDI mobile network. Their management have applied to be included in the Guinness Book of World Records under three different categories: the most versions of a TV commercial shown on terrestrial channels within a 24-hour period; the most shown on a paid channel in an 8-hour period; and the most shown during a single 30-minute TV show.

Noripi’s Ex Questioned by Police
Takaso Yuichi (42), the ex-husband of former aidoru star Sakai Noriko (39) was recently questioned by police after being reportedly drunk and sleeping rough, according to the Sports Hochi newspaper. Quoting a statement from Tokyo police, they say a drunk man was reportedly seen sleeping on the street in the entertainment district late on Tuesday night. When they realized it was Takaso, who along with his ex-wife was arrested and tried last year on drug charges, they checked his belongings and gave him a urine test. The test was negative and he was allowed to go home the same day.