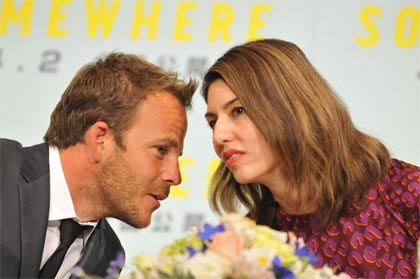 Hollywood director Sophia Coppola (39) and actor Stephen Dorff (37) were in Tokyo yesterday promoting their latest movie project. “Somewhere” isn’t due for release in Japan until April 2 even though it won the Golden Lion at the Venice Film Festival last September. Coppola says the story, about a self-absorbed movie star (Dorff) whose life changes through his relationship with his daughter (Elle Fanning), was influenced by the birth of her own baby girl shortly before she started writing the script for the project, which she also produced. And of course, the story owes a lot to her relationship with her own father, director Francis Ford Coppola (71).

NHK to Cut Back on Sumo Broadcasts
NHK announced yesterday that after the spring tournament ends in March it will no longer broadcast live sumo on its BS2 satellite channel. From the May tournament, the network will only show sumo on its general channel. The decision is mainly because the current lineup of three satellite channels will be reduced to two (BS1 and BS Premium) from April 1. NHK currently airs live sumo from 1pm to 6pm, allowing it to broadcast the junior bouts all the way up to the grand champion(s) whose bouts round out the day’s schedule. From May only the bouts featuring “makushita,” or upper ranked wrestlers, will be shown. 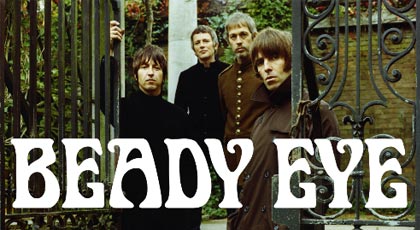 Beady Eye to Tour Japan
Beady Eye, the rock quartet formed by Oasis vocalist Liam Gallagher (38), are to play their first Japan shows in May, it was announced yesterday. They will play five shows at the Zepp venues in Osaka, Nagoya and Tokyo. The 2,000-capacity live houses are a big step down from the kind of venues Oasis played here before they split in 2009. And making the tickets even more rare is the fact that the band’s tour will only take in 13 shows in the UK and Europe.