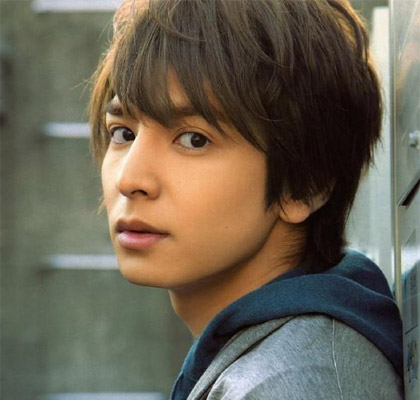 Actor and Johnnys Jr. member Ikuta Touma (25) has landed probably the best movie role going. Directed by Tsuruhashi Yasuo (70), the latest big-screen adaptation of “Genji Monogatari” (The Tale of Genji) has a budget of over ¥1-billion. It is based on the classic novel written at the beginning of the 11th century by Murasaki Shikibu, a lady-in-waiting for the emperor. It is considered to be one of the finest works in Japanese literature and the world’s earliest novel.

The tale revolves around the romantic life of the central character, a son of the emperor who for political reasons has been relegated to the status of a commoner. Given the surname Minamoto, but known to readers as Hikaru Genji, he is portrayed as strikingly handsome, an image that has fixed his place in the popular culture (Hikaru Genji was the name of a hugely popular 1980s Johnny’s Jimusho group). The role has been given to some of the most popular and handsome young movie stars of each generation, including Hasegawa Kazuo in 1951 and kabuki actor Ichikawa Raizo in 1961. On TV, the role has gone to music icon Sawada Kenji (1980) and Johnnys star Higashiyama Noriyuki (1991).

That image adds pressure to the portrayal by Ikuta, who joined profileJohnny’s Jimusho in 1996 but only made his big-screen debut this year in “Ningen Shikaku.” That was the first of three starring roles this year (the others are “Seaside Motel” and “Hanamizuki”) that are expected to mold him into a movie star, under the guidance of the svengali-like Johnny Kitagawa and powerful producer Kadokawa Tsuguhiko. The movie is expected to have a late-2011 release.