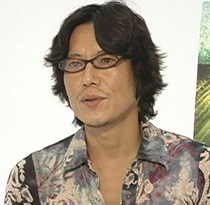 Popular actor Toyokawa Etsushi (46, profile) was recently rushed to hospital after suffering an allergic reaction to a seafood stew. Though he was released the next day, he is said to have been shocked by the incident, something he had never experienced before. ToyoEtsu had been enjoying a “yosenabe” party at his Tokyo home with several friends late on Monday night. Shortly after he began eating the stew, which contained oysters, he got the shakes and began to itch all over his body. He was rushed by ambulance to the Tokyo Emergency Room, Hiroo at around midnight and doctors diagnosed an acute allergic reaction. His management denied reports that he had experienced the potentially fatal anaphylactic shock, adding that he was back at work yesterday. They said that he had been tired recently from the filming of the movie “20th Century Boys” and all the PR work that came with it. Now if only the seafood hadn’t been cooked, we’d have jokes about Toyokawa Ate Sushi…(sorry :P).

• British rock legend Rod Stewart (63) is to perform in Japan for the first time in 13 years, it was announced yesterday. The father of seven kids with four women will bring the “Rocks His Greatest Hits” tour to Japan next March. Though hardly in his prime, Stewart married for the third time in 2007 to model Penny Lancaster (37), with whom he has a 2-year-old son. An import version of the appropriately named hits album “Some Guys Have All the Luck” goes on sale here on November 18, while the Japan version is due for release on January 28.

• Yoshimoto comedian Kendo Kobayashi (36) and pin-up idol Aoshima Akina (21) were spotted on a date recently, according to today’s issue of weekly magazine “Friday.” The pair were seen leaving an Okinawan restaurant in the capital and headed back to KenKoba’s apartment. As usual, management for both celebs say they are just friends.