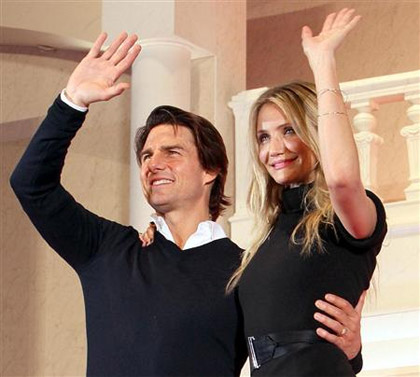 Hollywood stars Tom Cruise (48) and Cameron Diaz (38) were in Tokyo yesterday to promote their latest movie collaboration. The pair, who last worked together about a decade ago on “Vanilla Sky,” were at the Roppongi Hills Arena in the center of the capital for the Japan premiere of “Knight and Day.” They signed autographs and posed for photos with some of the 800 or so fans. 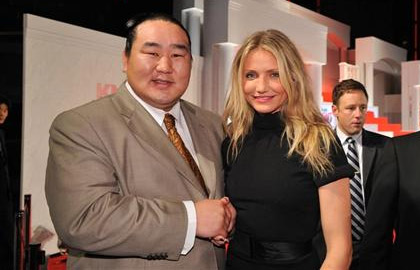 Also in attendance was Mongolian former sumo grand champion Asashoryu (30). He says he is a big Cruise fan but seemed more excited about getting a photo with Diaz (above). But the Hollywood star was only in town for 14 hours as he is currently filming “Mission Impossible IV,” which is scheduled for release next May. Meanwhile “Knight and Day,” a less than huge critical success in the U.S., is due to open here on October 9.