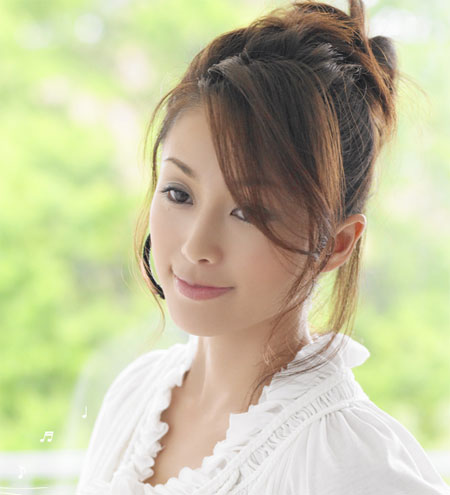 The Japanese media are hitting fever pitch with the news that Tokyo police have issued an arrest warrant for actress/singer Sakai Noriko (38). Her management agency Sun Music Production, refused to comment on the latest development except to say they are checking the facts. When “Noripi,” as she is popularly known, and her young son disappeared after the drug arrest of her husband late Sunday night, the general feeling was one of sympathy. The consensus was that she was simply overwhelmed by the shock of what was happening and trying to escape the inevitable media glare. But today it was revealed that police have discovered stimulant drugs at the Kawasaki home shared by Sakai, her husband Takaso Yuichi, their 10-year-old son, and Takaso’s mother. Though she has long had a squeaky clean image and is a popular TV “mama-san” role model, Sakai has had more than her share of troubles. Her mother died when she was young and when her father remarried, the family moved to her step-mother’s home in Saitama Prefecture; her father died in a traffic accident in 1989; in 2000, shortly after Sakai returned from maternity leave, Mizoguchi Nobuo – her manager since her 1985 debut – hanged himself at the Sun office. The only sign of her since her disappearance was a brief signal from her mobile phone, the origin in Yamanashi Prefecture just 30km from the scene of her father’s fatal accident. This morning, the news that her son was safe at the home of a friend in Tokyo seemed to be the beginning of a resolution to the incident. But with an obviously rattled Sakai now the subject of a manhunt, the media are understandably nervous about the possible outcome. 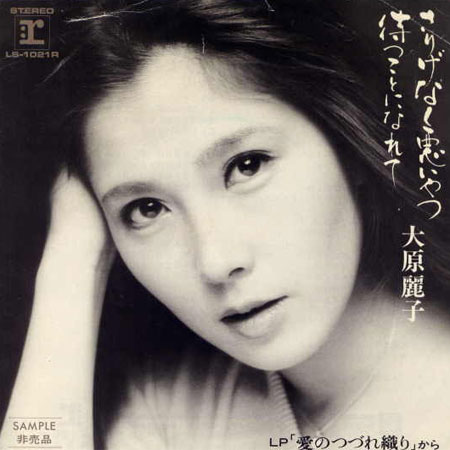 Actress Ohara Reiko was recently found dead at her home in the Tokyo suburb of Setagaya. She was 62. She was found by a police officer called by a relative who became worried after repeated failed attempts to reach the actress. Ohara joined the Toei movie studio in the mid 1960s and established herself as a supporting actress next to such stars as Takakura Ken and Umemiya Tatsuo. She later moved to the world of TV dramas where starring roles soon made her the most popular actress in the country. But she is perhaps best remembered for her line in a commercial for Suntory Red whisky: “Sukoshi aishite, nagaku aishite” (love me a little, love me long). She herself was twice married and twice divorced, to actor Watase Tsunehiko and enka star Mori Shinichi. Since 1999 she battled a disease known as Guillain-BarrÃ© syndrome, an autoimmune disorder affecting the peripheral nervous system. The condition forced her to cut back on her workload, though she made occasional TV and stage appearances. In November 2008, she suffered a broken wrist and injured her knee in a fall at her home.

• The latest developments in the disappearance of Sakai Noriko. The star hasn’t been seen since the drug arrest of her husband on Sunday night. Police started a search for Sakai and her 10-year-old son following a request from her mother-in-law and management agency. A signal from her mobile phone was detected in the Minobusan mountain area of Yamanashi Prefecture on Tuesday night, close to where she lived as a child with her stepmother and late father. A report this morning said that the current whereabouts of her stepmother are also unknown. Meanwhile, it was revealed last night that Sakai left her son in the care of an acquaintance before leaving Tokyo on Monday.