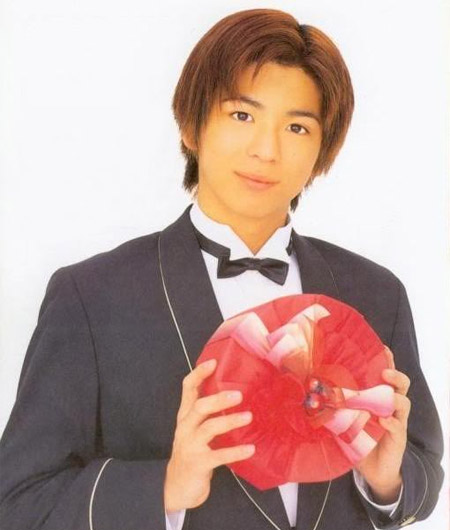 A former Johnny’s Jimusho idol singer has gone from stealing hearts to stealing steel balls, according to a statement released by Saitama police on Wednesday. Kasukabe City police station named Matsumoto Kazuki (26) as one of four men arrested last month for stealing from pachinko parlors in the city. The statement gave details of one minor theft, but the total sum stolen over several years amounts to some ten million yen. Matsumoto joined Johnny’s Jimusho when in the eighth grade, and as a member of the Johnny’s Jr. group he appeared in TV commercials and drama series. But three years later he left the agency, saying he wanted more free time. He started working at a La Festa pachinko parlor in Kasukabe in January 2007 and soon he got involved with the group who were stealing pachinko balls and exchanging them for cash. A typical theft would involve temporarily disconnecting a device that counts the balls during a machine test. According to the police statement, on one day they stole 3,300 balls for which they got about ¥8,000. But over the course of time, the group stole a sum estimated at around ¥10 million. Pachinko, while considered Japan’s biggest leisure activity, operates in a shadowy area skirting the law. Parlors are unable to give out cash winnings, but patrons exchange their ball bearing-like “tama” for token gifts, which in turn they exchange for cash at hole-in-the-wall shops located just outside the premises. The vast majority of pachinko parlors are operated by ethnic Koreans and billions of yen are believed to be funneled each year to North Korea.

• Details continue to trickle out in the Oshio Manabu case. The actor (31) continues to insist that he didn’t know the tablets he and his female companion took last weekend were illegal. The cause of her death has yet to be determined, but Oshio has said that she passed out after taking a second tablet of MDMA (Ecstasy). The exact time of her death has yet to be officially reported, but one estimate would put Oshio at the scene for up to ten hours before he telephoned his manager and medical services were called. A legal expert has said that Oshio is unlikely to face murder charges, and if he is determined to have forced the women to take the drug he would likely face manslaughter charges. As he has acknowledged that he left the apartment after calling his manager, he will at least face charges of abandonment of a body. That combined with the drugs charge would lead to a prison sentence of five years or more.

Meanwhile family and friends attended the woman’s funeral in Gifu Prefecture on Wednesday night. Her name has not been made public, though her photo is published in today’s issue of the weekly magazine “Friday.” She was 31 and described as having the looks of an actress. She is said to have been having an affair with Oshio, who is married to actress Yada Akiko (31), for about six months.