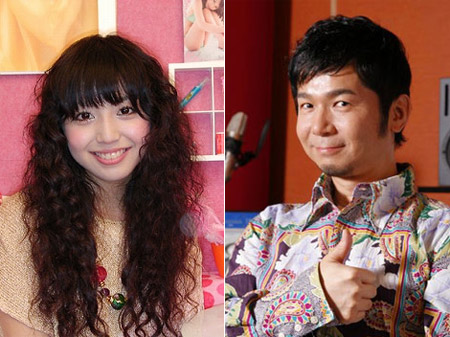 Happy news for Dreams Come True musician Nakamura Masato (50). It was announced yesterday that his wife, former High and Mighty Color vocalist Onaga Maki (21), is expecting their first child. No date was given, but Nakamura is expected to make a formal announcement on his blog today. The couple married in June of last year and “Maakii,” as she is known to fans, said at the time that she would quit the music business. She joined the existing heavy metal band Anti Nobunaga – made up of fellow Okinawa natives Sassy, mACKRz, Gasuto, Meg and Yuusuke – in 2004 and they changed their name. The following year the made their major label debut with the hit single “Pride,” which was the opening theme for the popular anime series “Gundam Seed Destiny.” During Onaga’s three and a half years, the band released 14 singles and five albums and they performed in the U.S. in 2006-07. The band auditioned for a new female vocalist at the end of last year. Dreams Come True (profile), made up of Nakamura and vocalist Yoshida Miwa (44), are one of J-pop’s most popular and successful acts.