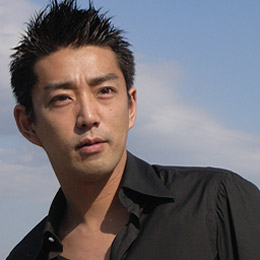 Song lyricist Sonoda Ryoji (33) has been arrested for use of “kakuseizai,” or stimulant drugs, the Azabu department of the Tokyo Metropolitan Police announced today. Sonoda was recently detained and formally arrested yesterday after urine tests were positive. He is said to have admitted to using the drugs. Though he has his own singing career since 1995, he is best known as a lyricist of such hits as SMAP’s “Kimi wo Suki ni Natte” and BoA’s “No.1” He has also penned hits for Misia and Korean vocal group Tohoshinki. Though no connections have been mentioned, the arrest is more unwelcome news for SMAP following the arrest last week of member Kusanagi Tsuyoshi (34).

Meanwhile, last night’s edition of the weekly Fuji TV variety show “SMAPxSMAP” saw a noticeable drop in its audience rating. TV viewers are well used to how the networks operate and knew not to expect any mention of last week’s arrest. predictably, the show was heavily edited to include past segments and totally remove any signs of Kusanagi. It drew an audience rating of 13.7% in the Kanto region, well below its 16% average for the last four weeks. 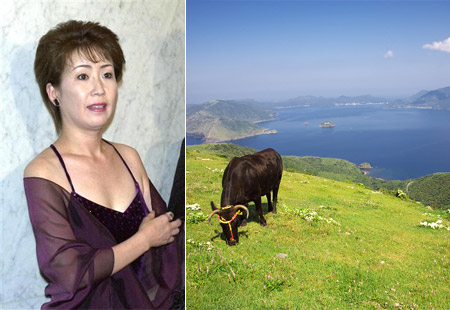 Management for singer and actress Nishikawa Mineko (50) said yesterday that her divorce is finally complete. She met her husband, Murakami Takashi (44), in November 2000 when he was her guide for a travel show on the small island of Okishotou in Shimane Prefecture. The couple married seven months later and split their time between her house in Tokyo and Murakami’s family home on the island, where his role as grave keeper for the exiled 12th century emperor Gotoba drew additional media attention. He was elected to the local town council in 2002 and also opened a bar in Tokyo the same year. But after he had an affair with a woman he met at the bar and became verbally abusive towards Nishikawa, she filed for a divorce. Her lawyers initiated divorce arbitration in January 2008 but Murakami failed to show up in court. The lawyers filed again in June, and the following October Murakami admitted to the affair and the court issued the divorce. But there remained the matter of money Nishikawa had put into the building of a luxury house on Okishotou. After negotiation, it was decided that Murakami’s parents would pay his half of the outstanding mortgage. The first payment was made at the end of March, finally bringing closure to the divorce. Nishikawa is to give a press conference today. She won a national song contest in 1973 and became an overnight star when her debut single was a big hit the following year. She had a string of hits before switching to acting in 1979. She made the news in 1993 following the publication of a nude photo book, and again in 1998 when her newly built holiday home in Nasu Kogen was destroyed by a typhoon.