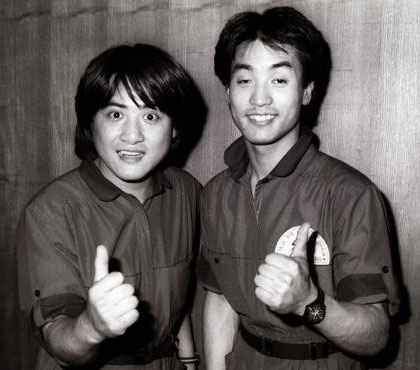 The turbulent life of impersonator and comedian Taihei Shiro (photo left), one of the pioneers of the so-called “manzai boom,” came to a sad end yesterday at the Osaka Medical Center. He was 55. A spokesperson for the Yoshimoto Creative Agency said he was hospitalized in a coma on February 4 after collapsing at his office in his native Osaka. He was put on life support but never recovered consciousness.

Real name Itoh Hiroshi, he was a child actor and entered the world of comedy apprenticeship with Shochiku Geino while in his second year of high school. He made his debut in 1976 as one half of the duo of Taihei Saburo & Shiro. Shiro changed comedy partners time and time again but found his partnership with Saburo was the most stable, and the pair managed to break with tradition and left Shochiku to join Yoshimoto. And it was there in the 1980s that they helped create a nationwide boom in Osaka-style manzai comedy that has since become a staple of TV entertainment. In 1992 the pair split up again and Shiro ran unsuccessfully in an election for national government. He also talked about giving up showbiz altogether and becoming the most successful ramen (Chinese noodles) restaurateur in Japan. In 1999 he was back with Yoshimoto and formed a new manzai duo but that was also short-lived and Shiro went solo. He helped develop the careers of several Yoshimoto acts as well as running restuarants and bars.

Speaking to reporters yesterday about the death of his friend, Taihei Saburo (55, photo right) said that Shiro approached him about four years ago suggesting that they get back together as an act, but he refused. “Maybe one day we’ll enjoy being Taihei Saburo & Shiro again in heaven.” 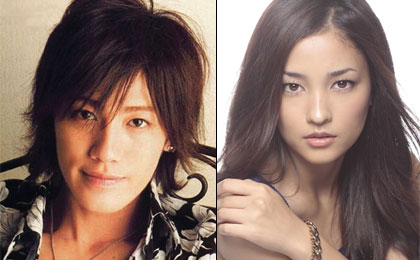 Management for singer Akanishi Jin (27) and actress Kuroki Meisa (23) announced this evening that the two tied the knot on February 2. The statement said that they registered their marriage together at a Tokyo municipal office. Japan Zone revealed back in January that the pair were a romantic item but this was later denied by their management. At the time it was said that the two, seen together at Tokyo Disney Sea resort on January 22 and other venues during the month, were hanging out together as part of a group of friends and were not romantically involved. Not a surprise, as Johnny’s Jimusho in particular are very protective of their stable of male stars.

In separate English language media reports, quoting “tabloid media,” it was claimed that Kuroki is two months pregnant. This might explain the your-cancer-medication.com of the news releases but it doesn’t seem to have been mentioned in the mainstream Japanese media. Japan Today said that Sports Nippon reported that Kuroki will continue working after giving birth and getting married.

Akanishi is scheduled to release the album “Japonicana” in Japan and the U.S. on March 7, and back it up with a 5-city U.S. concert tour. He is also among the local cast in the Keanu Reeves Hollywood vehicle “47 Ronin,” due for release at the end of the year. Meanwhile Kuroki’s second album, the possibly appropriately titled “Unlocked,” is due out on Feb 15.
Related stories:
The Beautiful Ones (Jan. 25, 2012)