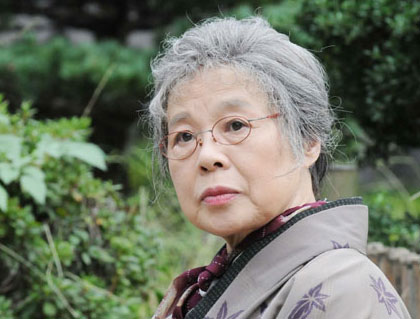 Actress Ichihara Etsuko (76) has dropped out of the movie “Tokyo Kazoku” (Tokyo Family) to undergo surgery, it was revealed on Saturday as the cast was formally named. Director Yamada Yoji (80) was originally scheduled to name his cast for the movie last year and start shooting last April, but the Great East Japan Earthquake in March meant those plans were put on hold. The project is loosely based on the Ozu Yasujiro classic “Tokyo Monogatari” (Tokyo Story), widely regarded as one of the best movies of all time, about an old couple who visit their children and Buy Antibiotics Online in the city. Ichihara’s key role as the matron of the family will be taken on by Yoshiyuki Kazuko (76). The film is now scheduled to open in January 2013.

According to producer Fukazawa Hiroshi, Ichihara underwent a routine health check at the end of January and doctors discovered a tumor in her colon. She was hospitalized on February 1 and is currently preparing for surgery. Though there was a possibility that she would be fit again before filming is due to start on March1, Ichihara decided not to take a chance that her condition might worsen during the shoot.

Ichihara started as a stage actress in 1957 and made her movie debut the same year in “Yukiguni” (Snow Country). She has more than two dozen movie credits to her name and has played a wide variety of roles in TV dramas.

New Arrivals
Happier news for actor Tanihara Shousuke (39) and comedienne Yamada Hanako (36). Tanihara became a father again on Friday when his wife, former talento Miyake Emi (34), gave birth to a baby boy. She has four children from a previous marriage, and the couple have been married since 2007. Yamada, married to trumpeter Fukushima Masanori (40) since May 2010, revealed that she is expecting their first child in July. A regular “fall guy” in the Yoshimoto Kogyo comedy troupe, Hamada’s career for years was based on her awkwardness, plain-Jane looks and the likelihood that she would never be able to marry.