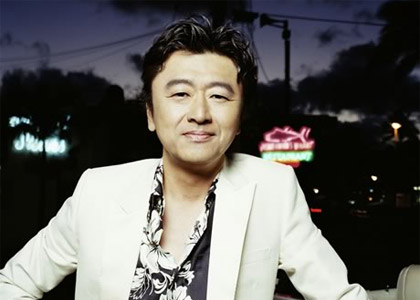 NHK have managed to snag at least one headline-worthy act for this year’s “Kohaku Uta Gassen.” When the lineup for the 61st annual New Year’s Eve song battle was announced last week, it was noticeably short of surprises or “medama” (“standout,” lit. eyeball) artists. But yesterday it was announced that Southern All Stars vocalist Kuwata Keisuke (54) would appear, just six months after he underwent surgery for esophageal cancer. It will be his first time to perform on the live concert as a solo artist. He is being billed as a “special guest,” as was legendary rocker Yazawa Eikichi (61) last year, in what will be his first public appearance since a concert by his wife and fellow SAS member, Hara Yuko (53), on July 4. 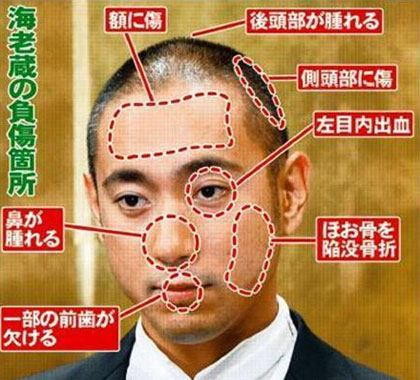 An arrest warrant has been issued for a Tokyo man following last week’s assault on kabuki star Ichikawa Ebizo (32). The 26-year-old man is said to have beaten Ichikawa, leaving him with facial injuries including a broken cheekbone and a lost tooth, after they got into an argument at a bar in the central Tokyo district of Nishi Azabu in the early hours of Thursday morning. The actor’s wife, talento Kobayashi Mao (28), called police after her bloodied husband returned home shortly after 7am. He was taken to hospital and a formal complaint was filed with Tokyo police on Sunday. A kabuki production that was scheduled to start today at the Minamiza theater in Kyoto has been postponed.

No specific details has yet been released on the alleged assailant, except that he is said to look like hulking former NFL player and K1 fighter Bob Sapp. It is widely assumed that he is a member of the yakuza, or Japanese mob. Ichikawa had been out drinking all night with several kabuki colleagues before ending up at the Nishi Azabu bar. There he drank a mob boss – who he says he met for the first time but is refusing to name – under the table, at which point the trouble started. Police found blood spattered on the wall and emergency stairs of the building where Ichikawa was dragged down eleven flights of stairs.