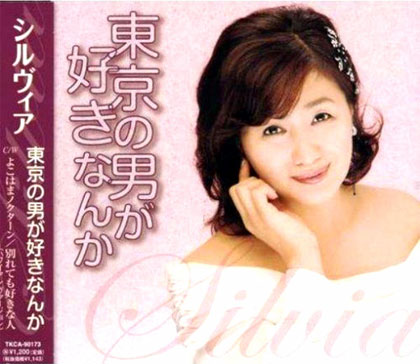 Singer Silvia died yesterday afternoon of lung cancer at a Tokyo hospital. She was 52. Real name Matsuda Rieko, the Osaka native made her singing debut in 1979 when she was scouted to be the first vocalist for the group Los Indios. Success was immediate as they had a million-selling hit with their debut single “Wakaretemo Sukina Hito.” While with the group and later as a solo performer, Silvia often paired up with male singers and was known as the Queen of Duets. She and Sugawara Yoichi (77) had a hit with “Amant” in 1982.

Silvia was diagnosed with lung cancer in May 2009 and was told that her condition was already too advanced to be helped by surgery. She was given six months to live, but continued to perform while undergoing chemotherapy and radiation treatment. She released a single, which was to be her last, in October 2009. As recently as August she was on stage for an event in Hiroshima. But she was re-hospitalized in September and was in a coma for the last two months. Her ex-husband and teenage son spent almost every day at her bedside.