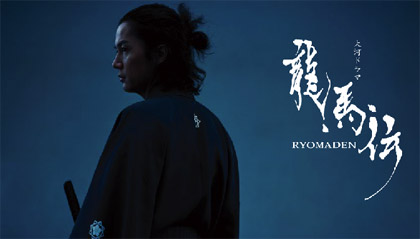 A Canadian actor who had a minor part in this year’s ongoing NHK taiga drama series has been arrested and tried on drug charges, it was revealed today. The actor, named as Troy Alexander Caspi (37) appeared in the October 31 episode of “Ryomaden,” a dramatization of the life of legendary samurai Sakamoto Ryoma, starring Fukuyama Masaharu. According to the Sankei Sports newspaper, Kanagawa police arrested him at his apartment in Kamakura on September 10 for possession of marijuana.

In the drama, the Canadian played the part of a British seaman who is killed by a samurai in Nagasaki. NHK say the episode was filmed in August and they only learned of the arrest and trial when a viewer contacted them after watching last Sunday’s episode. For this Saturday’s repeat broadcast, the actor’s name will be removed from the credits.