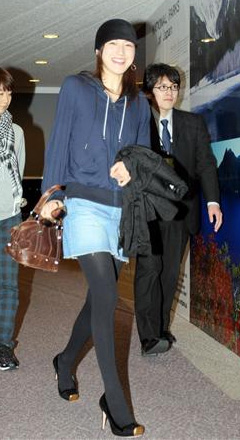 The local media is still buzzing with Japan’s double Oscar win on Monday. And even the author of the book which inspired the movie, but who refused to lend his name to the project, has been enjoying the limelight. Aoki Shinmon wrote “Noukanfu Nikki” in 1996, based on his ten years working as a noukanshi (literally, “encoffining master”). A noukanshi’s job is not disposal of the dead. Rather it is putting the dead at ease for the journey to the next world,” he said in an interview this week. Actor Motoki Masahiro was so inspired by the book that he visited Aoki to ask if he could adapt it for the big screen. Aoki originally agreed to the project but was unhappy when the final script changed the story’s location from his native Toyama Prefecture to the northern Yamagata. He refused to allow his name or book title to be used, which led to the movie’s change of name. But Aoki and others in his profession have been particularly impressed with Motoki’s performance, which critics have said is his best ever. After the Oscar win, publishers Bungeishunju announced that they would be printing an extra 40,000 copies of Aoki’s book. But following the intense media attention that followed the Oscar, they quickly increased that by an additional 50,000.

Meanwhile, Motoki’s co-star Hirosue Ryoko (28) was all smiles as dozens of reporters greeted her arrival at Narita Airport yesterday. She shared a flight from Los Angeles with actor Hugh Jackman (40), who hosted the Oscar ceremony and is in Japan to promote his blockbuster “Australia.”