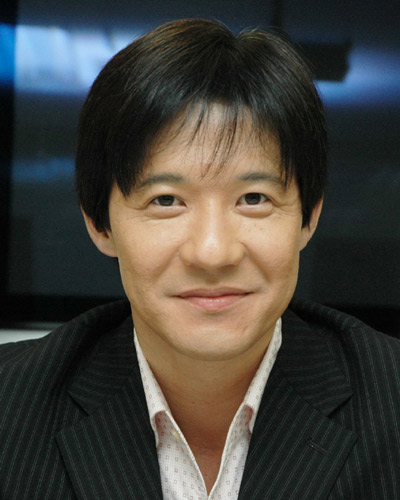 One of Japan’s top comedians is soon to be father for the first time. Uchimura Teruyoshi (44) of the duo Ucchan Nanchan announced on Monday that his wife, former TBS announcer Tokunaga Yumi (33), is expecting their first child in June. Romance between the couple was first reported in April 2003 after Tokunaga had appeared on the TV Asahi variety show “Uchimura Produce,” though she was already married at the time. That marriage ended the following September and she married Uchimura in April 2005. His comedy partner Nanbara Kiyotaka, married since 1993, missed their wedding following an accident during the recording of a show two days before.

• Former pin-up idol Komukai Minako (23) has been released on bail. Arrested on January 22 for possession of stimulant drugs, she was formally charged on February 12. She posted bail of ¥1.5 million on Monday.