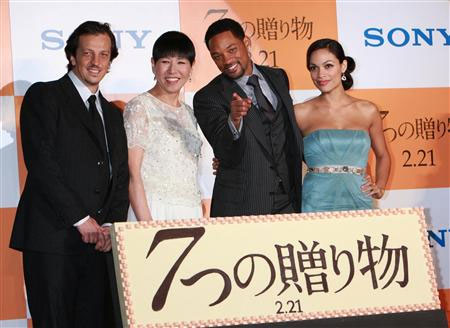 Hollywood star Will Smith (40) was munching down on some serious Valentine’s chocolate in Tokyo yesterday. In town for the Japan premiere of “Seven Pounds,” he and co-star Rosario Dawson (29) and director Gabriele Muccino (41) were joined on stage by Japan’s “god sister” of soul Wada Akiko (58, profile). She presented Smith with a giant 40kg bar of chocolate, which he proceeded to try and take a big bite out of. The veteran singer said, “I’m a big fan and I got so excited about meeting him I couldn’t sleep last night!” The movie opens in theaters here on February 21. 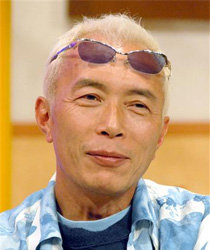 A manager for top talento Tokoro Joji (54, profile) was fired last year for embezzling from his boss, it was revealed in today’s issue of weekly magazine “Josei Jishin.” Tokoro’s agency acknowledged the story, saying the man was fired last July after about ten years in charge of Tokoro’s TV commercial contracts. He is believed to have embezzled about ¥50 million from the star’s various promotional appearance fees. But he has promised to repay the money so his former employers are not planning to have him prosecuted. “We are leaving everything in the hands of our lawyers and no longer have direct contact with him.”