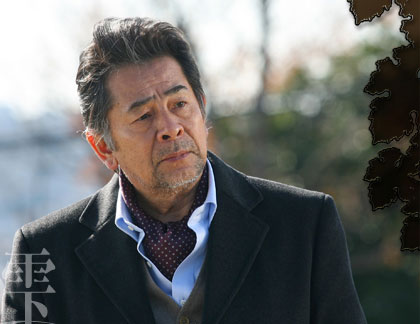 Management for Furuya Ikko (67) revealed today that the veteran actor has been diagnosed with lung cancer. They said that though he had a malignant tumor, it had been discovered early and Furuya says that with treatment and a period of recuperation he hopes to make a full recovery. The condition was discovered during a scheduled checkup at the end of September. Furuya has already decided to drop out of a theater musical production scheduled for December.

Furuya was a late bloomer, finding stardom in his 30s. He started out on stage but went on to establish a career in movies and on TV. The father of Dragon Ash frontman Furuya Kenji (32), he is best known for his long-running portrayal of detective Kindaichi Kousuke. He first took on the role in a 1977 drama series and has portrayed the character as recently as 2005. Kindaichi is the creation of novelist Yokomizo Seishi (1902-81) who said that, of the many actors who have played his famous sleuth, Furuya was the best. The actor’s other signature role is that of detective Sakon Taro in a TV Asahi murder mystery series, teaming up with actress Kinomi Nana (65) for 25 years. “Konyoku Rotenburo Renzokusatsujin” (Mixed Bathing Open-air Bath Serial Murders) was famous for always featuring a scene with a topless actress, and Furuya got caught up in an extra-marital affair scandal with one of them, porn star Asai Rie (41).