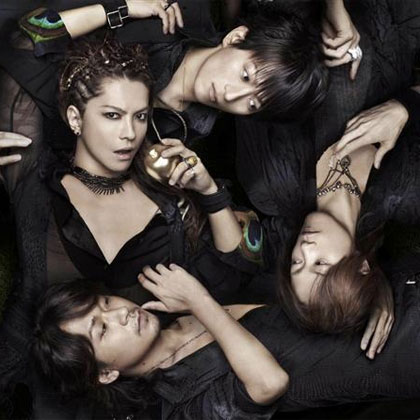 Rock band L’Arc en Ciel announced yesterday the first details of their upcoming world tour. It will be the band’s second such overseas venture, the last being in 2007. This time around they will start off in Hong Kong on March 3 and travel to seven countries and regions. In addition to shows scheduled for Bangkok, London and New York, they have received offers to visit Russia, Brazil and Chile. They will become the first Japanese artists to perform solo at the “mecca” of live venues in the U.S., Madison Square Garden. Fellow rockers X Japan have previously been scheduled to perform at the venue but those plans fell through. L’Arc last performed in the U.S. at an event in Baltimore in 2004.

The four-member L’Arc are currently celebrating their 20th anniversary year with a tour of five cities nationwide. They first mentioned plans for a world tour during the May show at the Ajinomoto Stadium in Tokyo.

Second Time Round for Arthur
Actor Kuroda Arthur (50) held a press conference in Tokyo yesterday to announce that he is married for the second time. His bride is described as a 33-year-old nail artist who runs her own beauty business. The couple plan to hold a wedding ceremony on the Pacific island of Saipan on December 4, register their marriage in Japan after that, and hold a reception at a Tokyo hotel next February.

Kuroda’s most famous romantic entanglement was his 3-year relationship with actress Adachi Yumi (30). The two were rumored to be close to marriage but split up in the spring of 2005. Within months, a pregnant Adachi married comedian Itoda Jun (38), but their marriage ended in divorce in 2009. Meanwhile, Kuroda married a woman 23 years his junior in Hawaii in 2007. But that marriage lasted barely a year and a half.