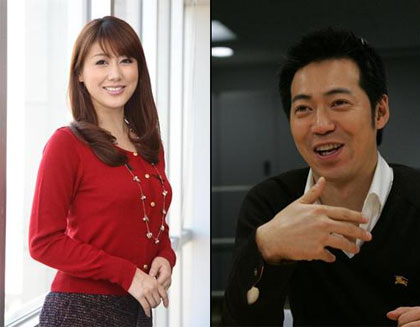 The latest showbiz wedding buzz is about talento Yasu Megumi (29) and comedian Azuma Takahiro (41), popularly known by the nickname Azumax. The couple, who are said to be planning to tie the knot before Yasu’s 30th birthday on December 22, first met some 12 years ago when she auditioned for a local TV network show. Still a high school student, she caught Azuma’s eye and he convinced his colleagues to hire her. But romance between the two didn’t come until they worked together again in 2007. Yasu had been chosen the year before as the female celebrity people wanted most to marry.

Azuma established himself as one of the comedy duo Take2 and is the son of late comedian Azuma Hachiro, who died when he was just 18. Yasu lost her mother in the spring of 2010, so any plans to get married had to wait at least until after the traditional year of mourning.