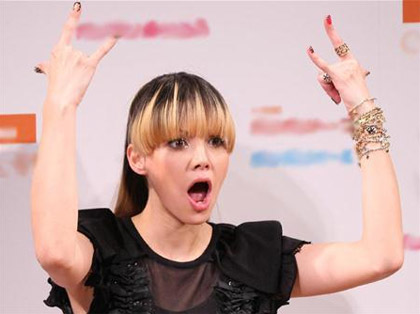 Stylist Kikuchi Yamato (30), who is married to model-singer Tsuchiya Anna (27), was arrested last week and charged with assaulting several people and damaging property while drunk. He is accused of kicking and breaking the reception counter at a karaoke parlor in the central Tokyo entertainment district of Roppongi, where he had been drinking with several friends until around 11:30 p.m. on September 29. According to an NTV report, when a parlor employee tried to intervene, Kikuchi assaulted him and grabbed him by the throat. When police from the Azabu station turned up, Kikuchi allegedly resisted and pulled an officer’s uniform. He was quoted as telling police that he was drunk and doesn’t remember anything about the incident. Tsuchiya, though probably not too fazed by the whole thing as she is known to be something of a wild child herself, apologized a couple of days after the arrest on a Tokyo FM radio show.

Kikuchi is a stylist for many musicians and talento. His romance with Tsuchiya was first revealed in September 2009, when she also posted on her blog that she was pregnant with his child. Their son was born in March 2010 and Tsuchiya also has an older boy from her previous marriage.