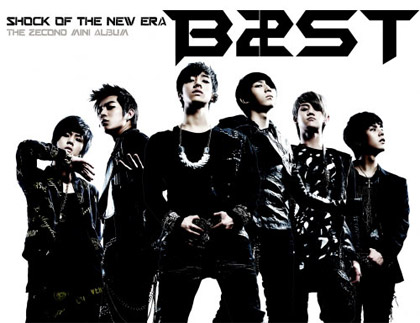 Two K-pop groups had major immigration hassles on entry to Japan yesterday and one was forced to return to South Korea. The 6-member group Beast arrived at Tokyo’s Haneda Airport around 11am and were scheduled to make a surprise appearance at a preview screening of the movie “Shanghai” in Marunouchi around 6pm. The group were to perform the song “Fiction,” the movie’s theme for its Japan release. Starring John Cusack, Gong Li, Chow Yun-Fat and local big names Watanabe Ken (51) and Kikuchi Rinko (30), the movie opens here on August 20. The movie company was informed around 4:30pm that Beast would be returning home, and as the audience at yesterday’s event knew nothing of their planned appearance, Watanabe and Kikuchi were called upon to extend their on-stage discussion.

Beast first visited Japan in July 2010, performed their first solo concert here last November and have been back several times since, never having any trouble with immigration. They are scheduled to come again this weekend for a stadium concert in Niigata by several K-pop acts, including the hugely popular female groups Shojo Jidai and Kara.

Meanwhile, another K-pop group, the 4-member F. CUZ, were held at Haneda immigration for hours yesterday. The group arrived to promote the release of “Never Let You Go,” their Japan debut single, and were scheduled to attend an event in Tokyo from 2pm. Hundreds of mostly female fans waited several hours for their arrival, but it was after 6:30pm before the group’s paperwork was finally cleared. The event has been rescheduled for this morning.