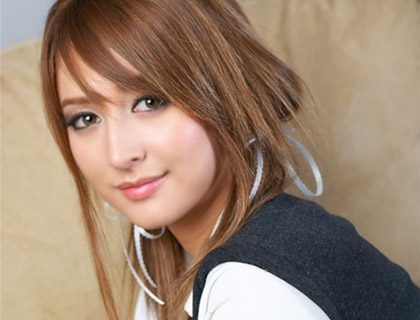 Good news for fans of one-time talento Leah Dizon (24). It was announced this week that she is making something of a comeback in Japan and is hoping to pursue an acting career. She shot a series of TV commercials for Shonan Cosmetic Surgery Clinic in New York earlier in the summer and they will air in Japan from the end of this month. Now a single mother, Dizon still has the youth and the looks to make it again in Japan (a la Amuro Namie) but it remains to be seen whether her fans are still interested.

The half French-American, half Chinese-Philippina fits very well with the exotic “not quite Japanese” look that has been popular in this country for the last few years. Born in Las Vegas and raised in Los Angeles, she had no real connection with Japan but through clever self-promotion online and plenty of bared flesh she built a fan base here. She became known as the “gravurekai no kurofune” or “Black Ship of the Pin-up World” and she started spending more time in Japoan from 2006. Soon she had best-selling photo books and released several singles and an album. An appearance on NHK’s “Kohaku Uta Gassen” show on New Year’s Eve 2007 confirmed her commercial relevance. But within a year she let her private life derail her meteoric rise, getting married to a Japanese stylist and having a baby in quick-fire succession. It came as little surprise when the marriage ended last year and Dizon left Japan for the U.S. with her 2-year-old daughter in tow.